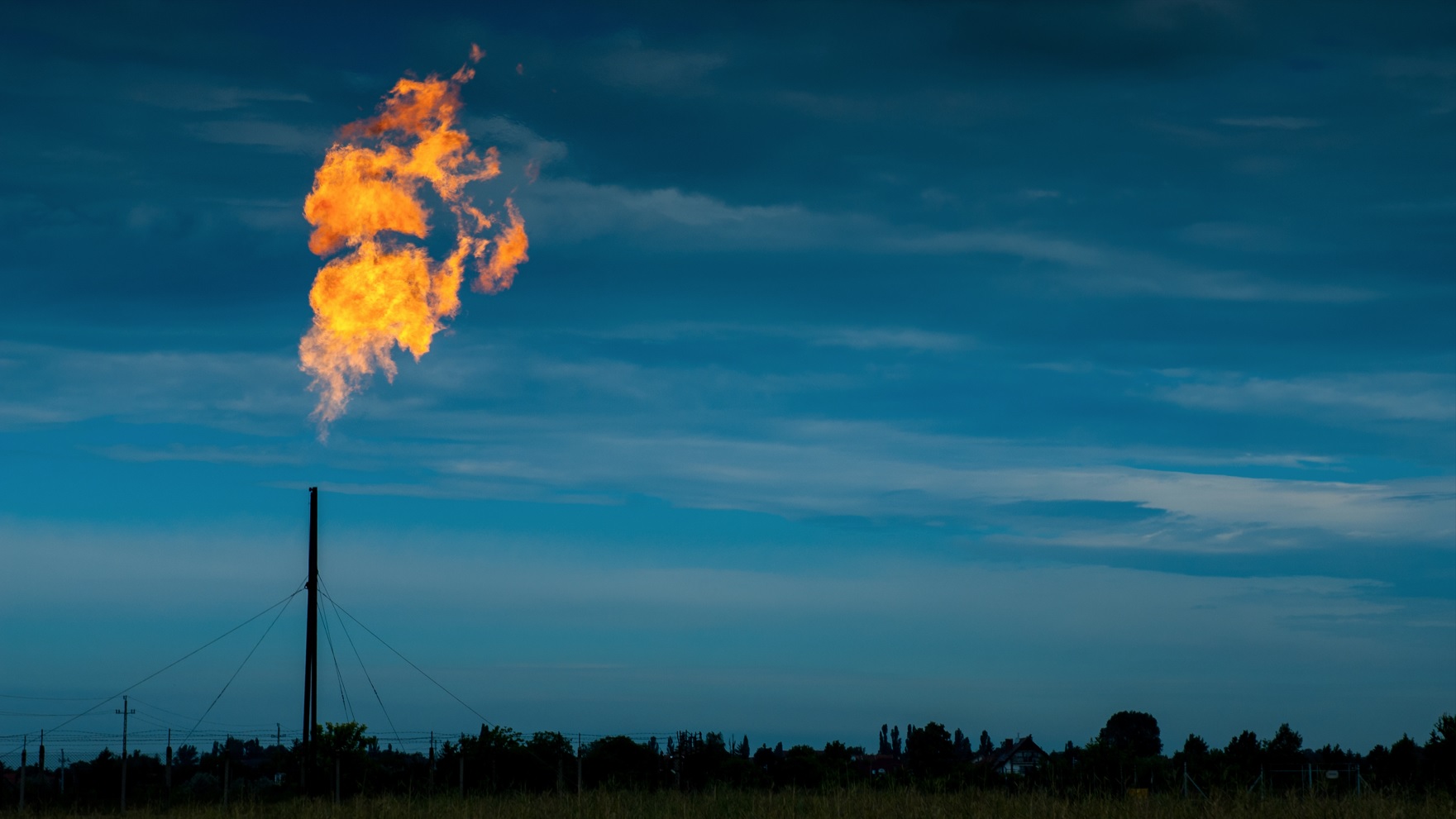 By including the rare metal osmium, UNSW chemists have engineered a new molecular ‘vice’ that can bind methane for hours – providing crucial evidence for an intermediate step that will inform new catalysts to store, transport, or transform the gas into methanol and help to avert wastage of the gas worldwide.

This new ‘osmium-methane’ complex can bind methane – better known as natural gas – for hours, much longer than the current standard of microseconds, allowing for its analysis to create potential new catalysts to transform methane.

James Watson, lead author publishing in Nature Chemistry, says that, “We have found that methane, which is generally inert, will interact with an osmium-metal centred species to form a relatively stable osmium-methane complex. Our complex has an effective half-life of around 13 hours. This means that it takes 13 hours for half of the complex to decompose.

“This stability, in conjunction with the relatively long lifetime of this complex, allows for in-depth analysis of the structure, formation and reactivity of this class of [osmium] complexes and helps to inform the design of catalysts that have the potential to transform methane into more synthetically useful compounds,” explains Mr Watson.

The analytic technique Mr Watson refers to is nuclear magnetic resonance (NMR) spectroscopy. The sample, in order to be properly analysed, must exist for more than a few minutes – something that was unfeasible with the previous metal-methane complexes formed from molecular methane (which existed only for microseconds). The osmium-methane complex produces a far more stable 13 hour half-life and other perks.

“[In] this complex the methane is positioned perfectly – close to the catalyst’s metal osmium centre – which allows us to perform chemical transformations on the methane,” Mr Watson says.

The purpose of NMR spectroscopy is to define the metal-methane complex so that catalysts might be developed for transforming the methane into methanol or other products.

Methane (natural gas) is a potent molecule both as a fuel source and as a greenhouse gas, and yet copious volumes of it are burned around the world not to heat homes or to cook food but, instead, expelled as waste.

“Methane is an unwanted by-product from oil production and usually, for economic reasons, is burned in a process known as ‘flaring’,” says co-author Associate Professor Graham Ball. “The amount of gas burned in this way is roughly equivalent to the natural gas demand of Central and South America, leading to 265 million tonnes of CO2 emissions in 2020.”

This waste occurs because the process of converting methane (gas) into a practical fuel at the site – like methanol (a liquid) – has, historically, been economically unviable. We simply haven’t been able to convert it.

“One way of converting methane to liquid fuels is through the use of catalysts that contain transition metal elements,” explains A/Prof. Ball.

“Not only [are liquid fuels] far more convenient and far safer than storing gases, but also [come in] at a much lower energy cost.

“Liquid fuels are easier to transport and would be easily integrated into our existing fuel infrastructure – E10 petrol already has 10 per cent ethanol. If there were efficient, commercially viable methods to convert methane to methanol for example, this would also provide incentive to retain methane for conversion, and to avoid burning it without purpose, reducing overall fossil fuel use and damaging emissions.”

Translating methane into a state that is more compatible and practical than ‘gas’ proffers more benefits.

“Perhaps the most pertinent use of methane as a feedstock would be its sequestration from the atmosphere, which could curb the lasting damage that is being done to the environment and help limit global warming to 1.5oC,” James Watson says.

Given osmium’s prime candidacy for binding methane – why did it take so long to find? And how did the team identify it?

“Before we synthesised any molecules, we used computational methods to predict which molecules would contain both a reactive metal and a ‘vacant site’, a site that would bind methane most strongly,” says A/ Prof. Ball.”

“That’s why we ended up using a rather esoteric metal, osmium in this case, with other groups of atoms around it, as the modelling predicted it should bind methane well…which it does.

“The vacant site is generated by shining UV light onto a solution of a precursor transition metal compound that is dissolved in a carefully selected hydrofluorocarbon solvent, all of which occurs in the presence of added methane. The solvent choice is crucial as common laboratory solvents all bind in preference to methane, but the hydrofluorocarbon does not.”

So it is the combination of the osmium and the solvent (the solvent’s efficacy having been previously identified by Dr Camile Holt) that is the key, here.

“[While it] is unlikely that this exact [osmium-methane] complex will be exploited for the benefit of the environment, if we could further refine the complex so that it would continue to preferentially bind methane at temperatures higher than -90oC then we may be able to perform more manipulations on the bound methane and ultimately convert methane into value added products,” says Mr Watson,

According to the researchers, this osmium-methane complex represents an important step in the conversion of methane into other compounds.

“We hope that our discovery will inform the design of next generation, more efficient catalysts that can be commercially viable,” says A/Prof. Ball.