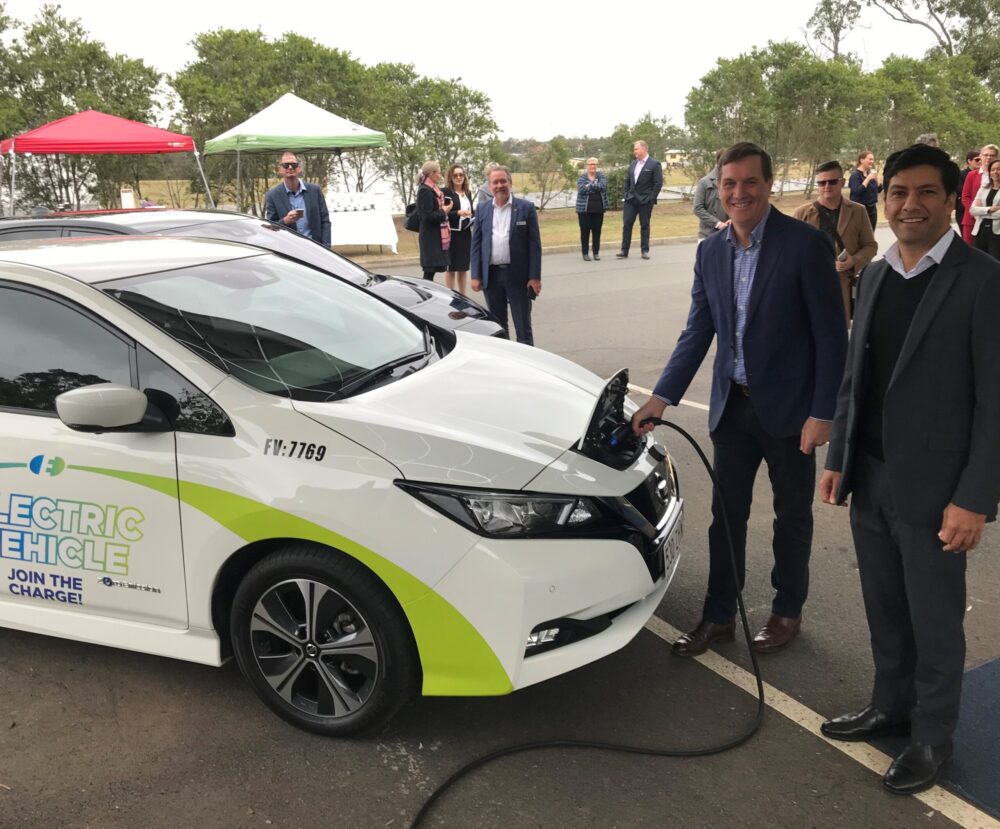 Dr Lynham (left) and the local State Member for Bundamba, Lance McCallum, charging up an electric vehicle at the car park, image courtesy of the Queensland Government.

Queensland’s renewable energy revolution is kicking in at Ipswich, with the city’s first solar farm approved and a solar-powered car park in operation. Over the past five years, the state has seen 39 large-scale renewable energy projects either starting operation or being financially committed, creating 5,700 jobs in construction.

Energy Minister Dr Anthony Lynham said renewable energy is an emerging industry and essential to Queensland’s economic recovery strategy because it creates jobs as well as reducing emissions and driving down power prices.

“Ipswich is part of the revolution with the city’s first solar-powered electric vehicle charger and now a solar farm proposal.”

“It’s great to see businesses like the technology park taking up the renewable energy challenge with electric car charging and investors like Eiwa Queensland having confidence in our city and renewables.”

“Most importantly, if Eiwa proceed with their proposal, that’s jobs for Ipswich.”

The 24-space car park has 216 solar panels that can generate up to 55 kilowatts (kW) of solar power, and two electric charging stations able to give a 120-kilometre boost in one hour, or fully recharge a car during a business day.

The Queensland Government has committed a further $2.5 million for Phase 2 of the super highway to build additional charging sites.

Park owner Bruce Leslie said installing the charger was a good business decision as well as a good decision for the environment.

“Excess electricity generated will be provided to onsite businesses and is expected to help deliver return on our investment in four to five years,” he said.

“We want to demonstrate to other Queensland businesses that it is feasible to provide completely renewable charging for electric cars at work while also generating a reasonable commercial return.”

Goodna Technology Park offers energy-efficient office space to five businesses. The building itself also has a 30 kW capacity solar system, which means the entire complex including the new car park can now generate up to 85 kW of solar power. 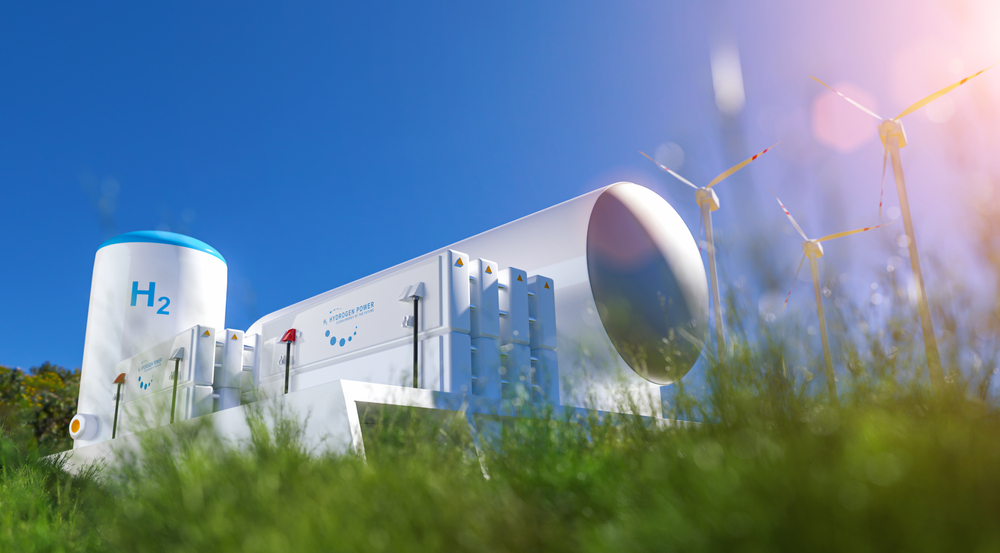