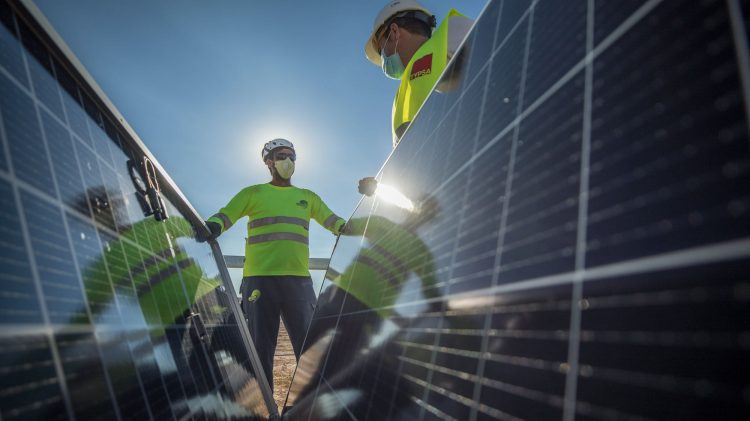 Lightsource bp has announced the acquisition of an 845 megawatt (MW) solar portfolio in Spain from Iberia Solar, a local ‎solar developer and part of the Asterion Energies platform, a portfolio company of Asterion Industrial ‎Partners. Asterion is an independent investment management firm focusing on infrastructure investments in ‎the European mid-market.

Lightsource bp and Iberia Solar will work in partnership to bring the project pipeline, which consists of five ‎sites across the regions of Castilla la Mancha and Castilla y León, to ‘ready-to-build’ status. Lightsource bp ‎will then lead the projects to financial close and begin construction in 2022.‎

Lightsource bp said the announcement further demonstrates the company’s capability as a co-development partner, ‎leveraging its expertise in developing, financing, contracting and constructing solar assets, as well as the ‎team’s ability to work with different partners under multiple structures.

It also marks a significant milestone ‎in Lightsource bp’s commitment to playing a leading role in the energy market in Spain. The team now has a ‎total of 2.25 gigawatts (GW) of projects in development or under construction in Spain.

The partnership brings Lightsource bp’s total acquisitions for Q1 2021 to over 1.9GW, an ‎impressive achievement with the year only just underway. The announcement follows the acquisition of a ‎‎1.06GW portfolio from RIC Energy and the recent award at a 12-year Contract for Difference (CfD) auction ‎in Spain, both made public in January.

Kareen Boutonnat, CEO of Europe and international at Lightsource bp, said the deal brings their ‎total acquisitions to almost 2GW in 2021 alone.

“This is a clear demonstration that we came here to stay, and ‎we are in an outstanding position to consolidate our foothold in Spain even further this year,” Boutonnat said.

“Our Madrid-‎based team is currently Lightsource bp’s fastest-growing mainland European operation, and we’re actively ‎recruiting to build out our presence.”

“We look forward to working with Iberia Solar as our partnership enables ‎us to continue to expand on our ambition of providing affordable and sustainable solar power for businesses ‎and communities in Spain,” Boutonnat commented.

Jesus Olmos, CEO of Asterion Industrial Partners, said: “As part of our asset rotation strategy within the ‎Asterion Energies platform with over 4.5GW under development, we are delighted to have gained the trust ‎of a highly reputable counterparty in Lightsource bp and look forward to working alongside them and Iberia ‎Solar in delivering this high-quality PV portfolio in Spain.”‎

Erik Martel and Ignacio Martínez, founders of Iberia Solar, added: “This new partnership with ‎Lightsource bp represents a transformational transaction for Iberia Solar and our pipeline of solar projects in ‎Spain, achieved with the backing of Asterion and their belief in our business model.”

“Having nurtured these ‎five particular projects of 845MW from conception to being granted admission into the final permitting ‎process is a testament to the success of such strategy and we look forward to delivering them at ready-to-‎build in short order.”‎