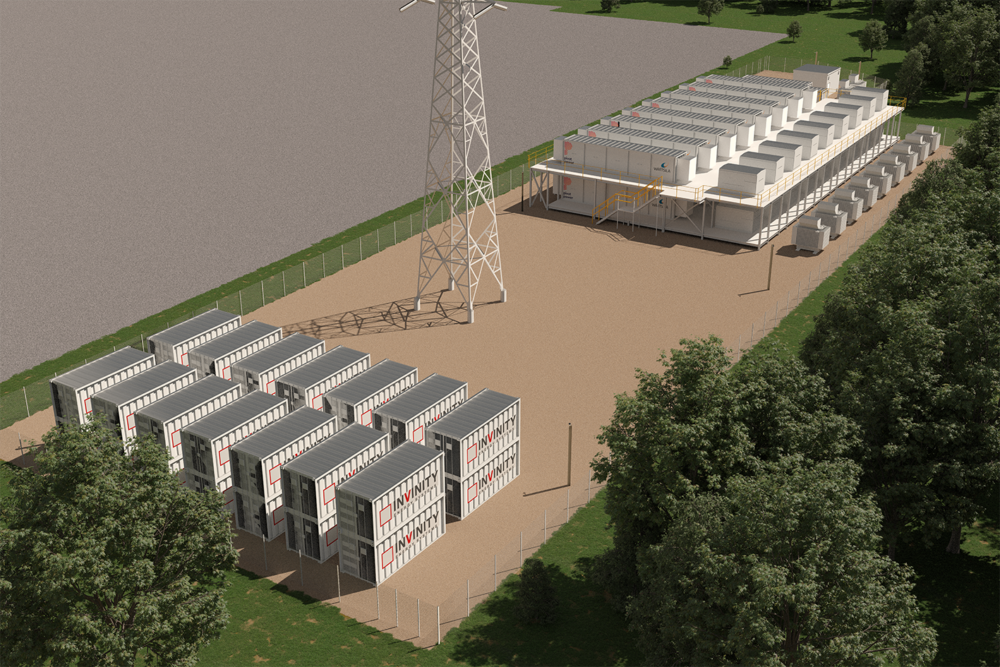 Australia’s first-ever utility-scale vanadium flow battery is set to be installed in regional South Australia. The project aims to demonstrate the potential impact that flow batteries could provide in reaching the energy storage target in the Australian Government’s first Low Emissions Technology Statement.

The Australian Renewable Energy Agency (ARENA) has announced $5.7 million in funding to Yadlamalka Energy Pty Ltd to support the installation of a utility-scale vanadium flow battery at Neuroodla, near Hawker in South Australia.

The $20.3 million project will co-locate a 2 megawatt/8-megawatt-hour vanadium flow battery with a 6 megawatt solar PV array. It will connect to the National Electricity Market (NEM) to demonstrate the potential for grid-connected vanadium flow batteries to provide energy and frequency control ancillary services (FCAS).

Vanadium flow batteries are a form of heavy-duty stationary energy storage, designed for use in high-utilisation applications such as being coupled with industrial-scale solar PV generation for distributed, low-emissions energy projects.

Vanadium flow batteries store energy in a non-flammable, liquid electrolyte and do not degrade with cycling like lithium-ion batteries. They can be scaled and located with greater flexibility than pumped hydro energy storage, which may increase the potential applications for this technology.

“The strong uptake of variable renewable energy like solar PV and wind has highlighted the need for increased energy storage and vanadium flow batteries could play a major role in addressing this need, complementing the role of more established technologies such as pumped hydro energy storage and lithium-ion batteries in the Australian market,” Mr Miller said.

“We look forward to working with Yadlamalka Energy on this exciting project to demonstrate the benefits of flow batteries connected to the grid, particularly the ability to shift the dispatch of renewable energy into the evening when consumer demand is highest.”

Chairman and founder or Yadlamalka Energy, Andrew Doman, said the project will provide vital support for the electricity grid in South Australia, which relies heavily on intermittent renewable energy sources, leaving it vulnerable to unexpected changes in sunshine and wind.

“ARENA’s contribution is critical to allowing our project to proceed and we look forward to working with them.”