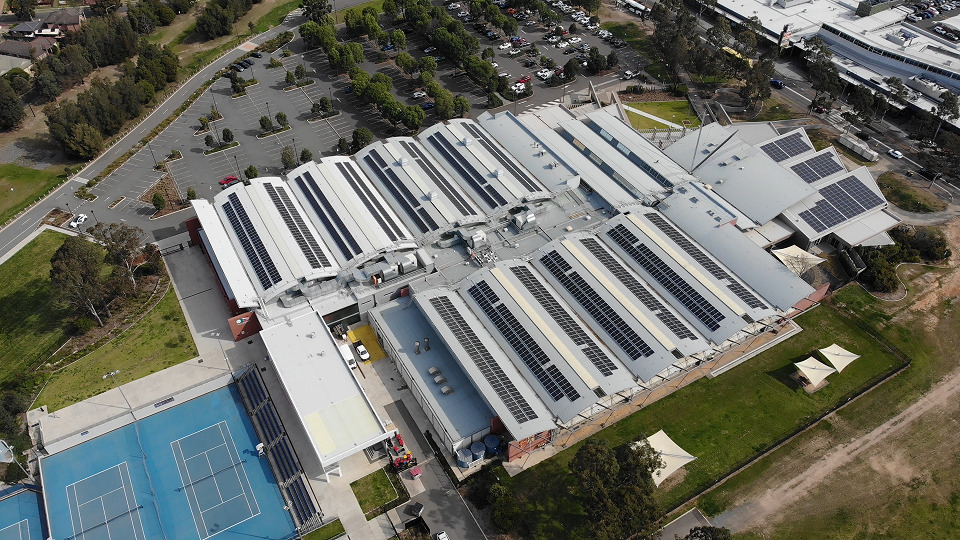 The installation of 1,876 Risen Energy panels for Blacktown City Council by commercial solar installer, Solar Professionals, has officially been completed.

The project is Australia’s largest rooftop solar Power Price Agreement (PPA) installation and also the first of its kind for local government in Australia, whereby the system is paid, installed and operated by a single solar provider.

The 707 kilowatt (kW) project was completed on Friday 9th October and is across 16 sites, including leisure and aquatic centres, libraries, childcare and community centres.

This project will contribute to the reduction of Blacktown City Council’s electricity use by approximately 3 per cent per year, and their power bill by $170,000 per year.

Blacktown City Mayor Tony Bleasdale OAM mentioned that the Council acknowledges that Australia is in a state of climate emergency and that they are committed to a target of 100 per cent renewable electricity for Council operations by 2025.

He recognised the importance of going solar and added, “Doubling our solar generation capacity will contribute greatly to meeting that target by increasing our use of solar electricity and reducing emissions.”

Risen Energy (Australia)’s General Manager Eric Lee also commented: “Risen is heartened that our panels will play a part in supporting the council in achieving their target of 100 per cent renewable energy for Council operations by 2025, as this is also in line with our vision of a 100 per cent green future.”