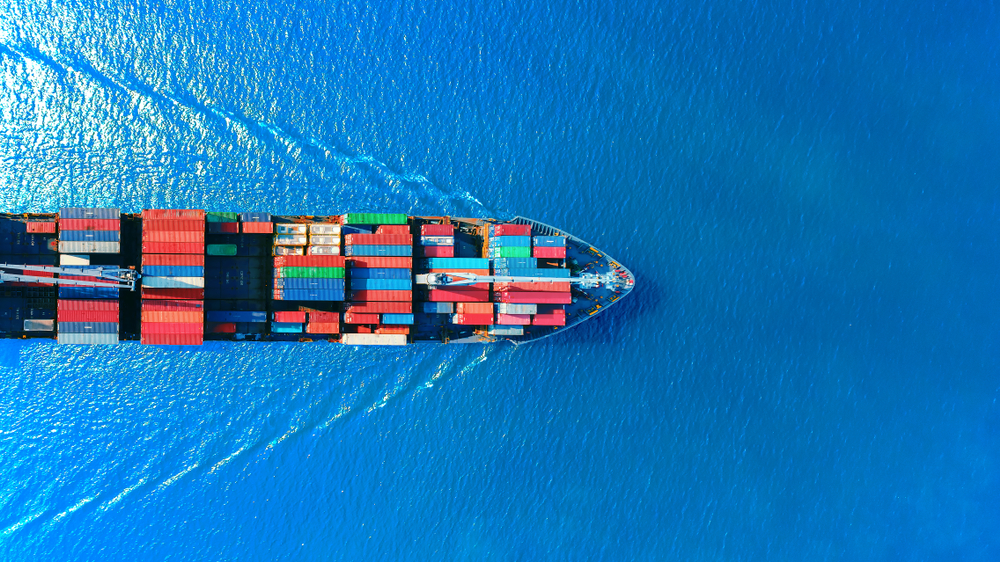 Researchers from the University of Strathclyde in Scotland have developed a novel way of measuring underwater noise created by ships which pose a danger to marine life.

Human-generated underwater radiated noise (URN) from the military, the oil and gas industry and shipping traffic can interfere with the ability of marine animals to hear, navigate, communicate and catch prey.

The problem was recognised by the United Nations at its Convention of Migratory Species in 2018 where it called for more research on the impact of URN and for countries to mitigate ocean noise where possible.

Professors Patrick Fitzsimmons and Mehmet Atlar from the University of Strathclyde’s Department of Naval Architecture, Ocean and Marine Engineering (NAOME), have adapted off-the-shelf equipment to deploy the HyDrone, a waterproof aerial drone fitted with a SoundTrap hydrophone recorder to measure the URN generated by the propulsion systems of marine craft.

The HyDrone is nothing short of impressive – capable of landing on the sea, powering off and floating while the SoundTrap hydrophone is suspended below it. The HyDrone is then flown back to the boat it operates from.

This novel configuration minimises extraneous background noise from tidal current cross-flow which affects traditional weighted-line systems, where a hydrophone is tethered to a buoy or support vessel.

Like carbon emissions, Professor Atlar said increasing emissions of URN from ever-growing commercial shipping traffic in the world’s oceans has become a life-threatening danger to living mammal and fish whose communications, feeding, breeding and day-to-day affairs are adversely affected by URN emission.

“The international and EU regulatory authorities like the International Maritime Organisation (IMO) and the EU have started campaigns and launched research programmes to mitigate and prevent this harmful environmental impact,” he said.

Professors Fitzsimmons adds: “Within this context, technology like the HyDrone can simplify the practical measurement of the URN from ship propellers and other sources. The unit can operate wherever the target ship is operational and so can measure noise levels in shallow waters.”

The aerial platform provides a cheaper, more versatile deployment system since it can be launched quickly to sites from five metres to 1.5 kilometres from the target vessel and can be recovered in minutes, without requiring the vessel to stop to recover the alternative, heavier in-water drone or buoyed systems.

The HyDrone also has an on-board, low-light camera augmented with a more deeply immersed lightweight camera, which can measure temperature and salinity.

The system will allow observation of the ship propeller’s tip vortex cavitation – the creation of vapour filled cavities in the water – and measure near-field noise adjacent to the propeller and at increasing distances behind the vessel.

This type of cavitation is caused by increased speed at the propeller tips that can reduce the nearby water pressure at a level of the critical vapour pressure. This induces so-called cold-boiling or ‘cavitation’ which is a nuisance for propellers resulting in blade erosion, vibration and noise when those cavities implode.

Such data will be used to validate more advanced computational fluid dynamics simulations of cavitation induced noise, which are being developed within NAOME. The HyDrone may also be adapted to record wave motions.

Proving trials were recently conducted off Blyth in Northumberland where the target vessel was the ‘Princess Royal’, a ship which had been designed by Professor Atlar and students in his previous post at Newcastle University.

The HyDrone was tested at 10-metre immersion against a standard vertical array of tethered hydrophones.

The trial confirmed the ability of the HyDrone to minimise background noise, with little cross-flow experienced on the line between the drone and the Soundtrap hydrophone.

Strathclyde has started student projects involving a series of further trials in the Clyde estuary which will gather a body of URN and video data on a variety of vessels travelling at service speeds and at approach and departure speeds in shallow and deeper waters. The system will also be available commercially.