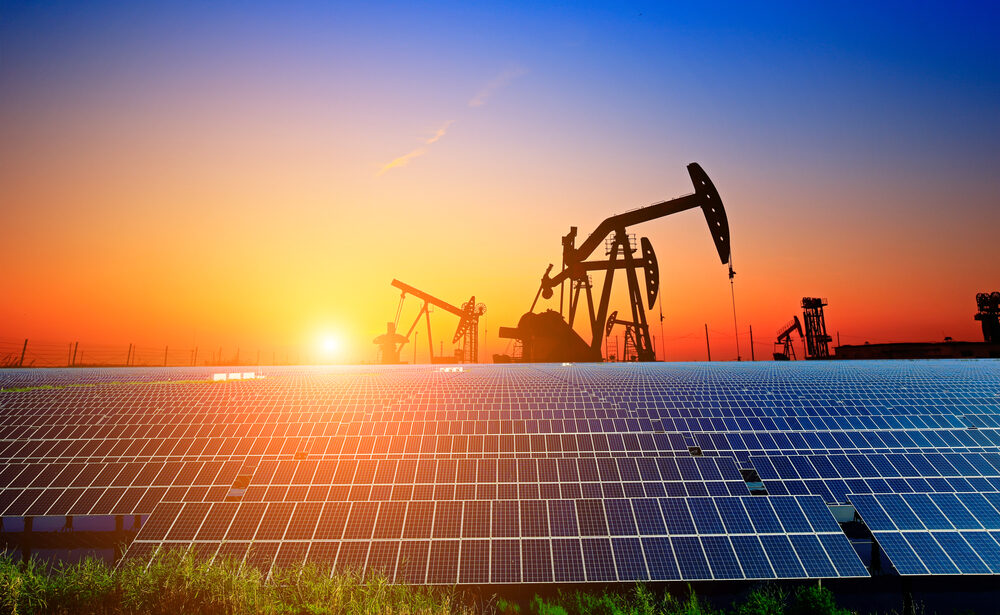 ‘Renewable energy’ mentions in oil and gas companies’ earnings transcripts increased by over 150 per cent in 2020 compared to 2019, while mentions in 2021* surpassed more than a half of 2020, according to GlobalData’s Company Filings Analytics platform. GlobalData expects this trend to continue as dwindling energy demand due to the COVID-19 pandemic has pushed many oil and gas companies to transition to renewable resources. 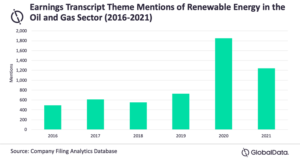 European international oil companies (IOCs)** are ramping up investments in renewable resources to ensure a seamless transition to renewable energy.

Major oil companies in the continent, namely BP and Total SE, have set ambitious targets and increased funding to renewable energy generation projects. The top six European IOCs have a renewable capacity of over 28 gigawatts, with BP, Total and Equinor contributing to over 70 per cent of the capacity.

GlobalData states that the investment in renewable energy infrastructure is on the rise as companies prepare for the energy transition, but they will still turn towards their oil and gas businesses to generate cash in the medium term so they have enough capital to invest in their renewable growth plans.

As a result, a weak oil and gas market could diminish the ability of IOCs to invest in renewable energy.

Analyst at GlobalData, Vishwas Vyas, commented: “Oil and gas companies are expected to continue to reduce capex as the COVID-19 pandemic proved to be a major shock for an industry already at risk from the prospects of peaking oil and gas demand due to the energy transition. Oil and gas companies reduced capex budgets by over $120 billion in 2020 and wrote off billions in asset value due to the worsened industry outlook. Due to the effects of the pandemic, BP was forced to reduce its capex by around 28 per cent in 2020 with a stark reduction in oil and gas spend. The investment in this segment in 2021 is expected to be at the same levels as targeted for 2025 – around US$9 billion.”

As BP ramps up investment in low carbon technologies, it is unlikely that the spending in the oil and gas segment is going to increase in the future. Similar trends are witnessed across the industry as environmental, social and governance (ESG) factors have pushed long-term oil and gas investors towards other sectors.

Oil refining companies are spearheading transitions towards sustainable infrastructure required to convert raw material into renewable energy. Fuels such as biogas and renewable diesel, gasoline and jet fuel can be processed by raw materials like fats, greases, soybean oils and used cooking oils as feedstock. France-based IOC Total has plans to invest US$600 million to convert its Seine-et-Marne petroleum refinery into a biorefinery, which will be able to produce around 300,000 tonnes of aviation fuel, diesel and Naphtha from renewable feedstock like primary animal fats and used cooking oil.

According to GlobalData, over 3,410 million gallons per annum of renewable fuel is expected to be produced by 2025 by refitting the existing technology in refineries and increasing refining capacity of renewable feedstock.

Vyas adds: “Several countries are poised to cut down their emission levels with stringent standards in order to achieve carbon neutrality. Countries like Sweden, France, Denmark, Hungary, China, Japan, South Korea, New Zealand and the UK have legally binding net-zero emission targets on achieving net-zero greenhouse gas emissions. Britain became the first G7 country to pass a law in 2019 to achieve net-zero emissions by 2050. While reducing fossil fuel usage is a major step in transitioning towards renewable resources, oil and gas companies must also implement their own strategies such as investing in renewables to ensure sustainable development in the future.”

** Data taken from: European oil companies lead way in renewable strategy with top six having over 28GW capacity in pipeline