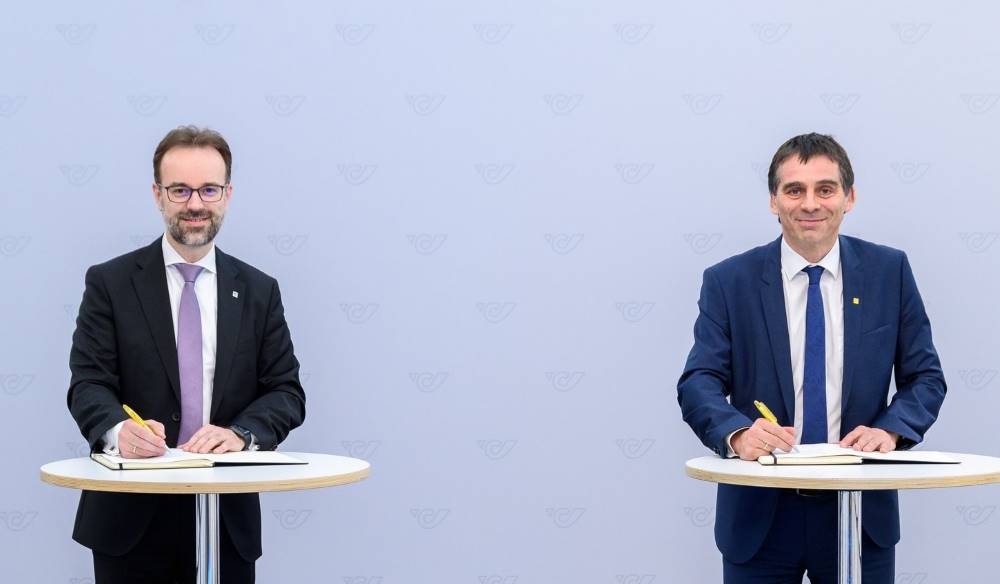 
OMV, an international oil, gas and chemicals company headquartered in Vienna, and Österreichische Post AG (Post), the company responsible for postal service in Austria, have signed a Memorandum of Understanding (MoU) for the use of green hydrogen in heavy goods transport.

OMV is one of several partners to have committed to providing green hydrogen and the requisite infrastructure and recently made a final investment decision (FID) together with Kommunalkredit Austria for a 10 megawatt (MW) electrolysis unit at a site in Schwechat.

Post plans to introduce test vehicles and integrate them into its existing logistics fleet. Both companies intend to use this to gain experience in green hydrogen in heavy goods transport.

OMV and Post have pledged that the first application in Austria be realised no later than 2023. This initiative will remain open to additional companies looking to cooperate in the field of hydrogen. Together, OMV and Post are laying the basis so that by 2030 a total of 2,000 fuel-cell-powered HGVs can be operated in Austria by various users.

Thomas Gangl, OMV’s Chief Downstream Operations Officer said hydrogen is a key technology for carbon dioxide (CO2) reduction and for meeting climate targets in industrial applications and on the road.

“We see huge potential in goods transport and public transport in particular, as these are areas where electrification can be difficult or even impossible,” Mr Gangl said.

“With the recent FID for the 10 MW electrolysis plant at the Schwechat site, we have laid the cornerstone for hydrogen mobility. Now we are delighted to work with the Post to develop economically feasible solutions for hydrogen and reducing CO2.”

Peter Umundum, Member of the Management Board, Parcel and Logistics, Österreichische Post, said they are taking an important first step towards introducing and proliferating electromobility with hydrogen fuel cells.

“Green hydrogen will be used exclusively here. This will bring us much closer to our goal of seeing the first hydrogen-powered Post trucks in action imminently. Today we already have around 2,100 electric vehicles on the road every day, making us a trailblazer in tomorrow’s green logistics,” Mr Umundum said.

OMV and Post have set themselves ambitious climate targets and declared their commitment to the Paris Agreement. OMV is working on a range of energy-efficiency measures, new technologies such as carbon capture and carbon use, hydrogen, renewables (such as the photovoltaic plant in Austria) and measures to optimise its portfolio.

Österreichische Post operates Austria’s largest electric-vehicle fleet, powered by photovoltaic units on the rooftops of its own logistics facilities. As a member of the EV100 initiative, it has committed to transitioning to electromobility or alternative fuel vehicles in full by 2030.

Since 2011, delivery of all letters, advertising and parcels by the Austrian Post has been carbon neutral, while by 2030 all deliveries are aimed to be 100 per cent CO2-free.