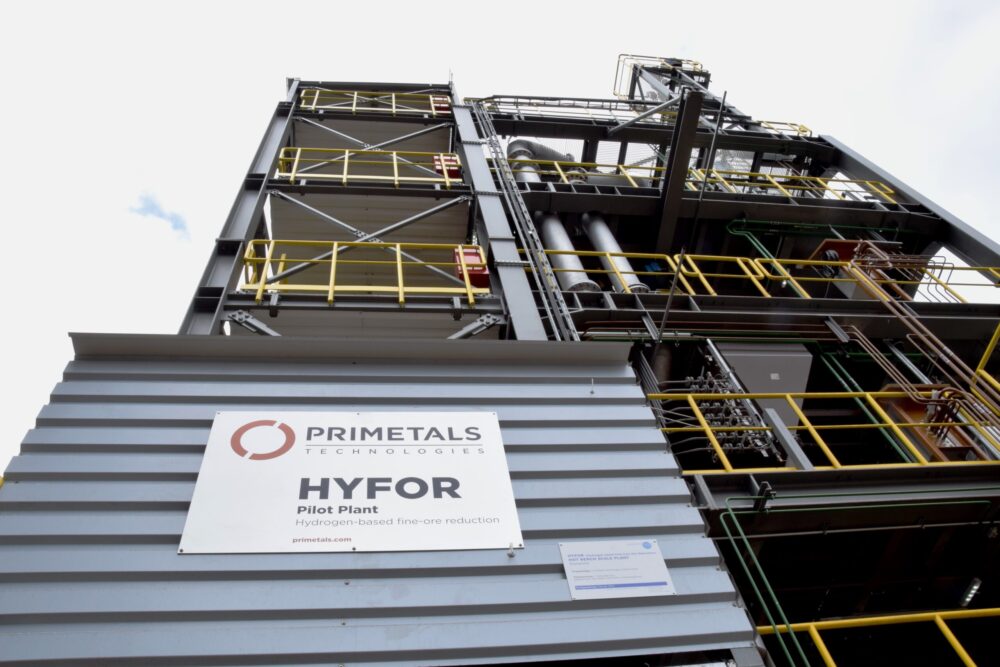 Over the next 10 years, Primetals Technologies and MHI Australia will be contributing financially as well as with their decades-long experience in iron and steel production to this effort.

The companies will focus on research and development of hydrogen-based direct reduction of iron ore. This includes the novel HYFOR (hydrogen-based fine-ore reduction) technology currently being piloted by Primetals Technologies in Europe.

Australia has the world’s largest iron ore deposits and is the leading exporter of iron ore. Since the iron and steel sector is responsible for 7-10 per cent of greenhouse gas emissions globally, Australia has a key role to play in the decarbonisation of the industry – an effort that needs to be accelerated.

Switching from traditional coal and coke-based ironmaking processes to hydrogen-based production methods is the only way for the industry to fully decarbonise.

Deploying these technologies at scale in Australia could move producers up the value chain and turn the country into a major exporter of low-carbon, direct-reduced iron.

This would help Australia meet its obligations under the Paris Agreement and make it easier for the global iron and steel industry to reach net-zero by 2050.

It has been involved in the deployment of one-third of the global fleet of MIDREX DRI plants – the now predominant natural gas-based direct-reduction technology, which can be operated on 100 per cent hydrogen.

The technology builds on the company’s experience with the FINMET process, first introduced by Primetals Technologies in Australia (BHP Port Hedland) in the late 1990s.

The next step – building an industrial-scale HYFOR prototype – will be decided by the end of the year.

Dr Alexander Fleischanderl, Technology Officer Upstream and Head of Eco Technologies, Primetals Technologies, said: “Australia has large deposits of iron ore, great potential for green energy, and boasts a dynamic academic and business environment. This puts the country in a unique position in the quest for net-zero by 2050 as a supplier of clean metallics. The HILT-CRC, with its wide range of partners from across the energy, hydrogen, mining, and cement industries, will form a great ecosystem for innovation.”

Through MHI Group’s advanced technologies and strong collaborations with the Australian government and universities, MHI Australia is an active partner in Australia’s sustainable development efforts with a focus on energy and decarbonisation.

MHI is partnering with the New South Wales Government to propose a comprehensive development plan for the Western Sydney region.

The company is also working with H2U to support the Front-End Engineering and Design (FEED) study for H2U’s Eyre Peninsula Gateway™ project in South Australia, a greenfield development for the production of green hydrogen and ammonia planned to commercially operate from early 2023.

It is anticipated that MHI Australia’s involvement with the HILT-CRC will expand and evolve over time – further contributing to Australia’s industrial development.

Shigeru Nakabayashi, Managing Director, MHI Australia, said: “There is an urgent need to decarbonise the industry sector which is currently responsible for a significant portion of carbon emissions. MHI Group’s advanced technologies allows us to partner with Australia – a country where iron ore and iron manufacturing are key industries – in efforts to reduce emissions. We are on track to achieving gas turbines fuelled by 100 per cent hydrogen and ammonia by 2025, and we look forward to contributing to HILT-CRC’s aim to decarbonise Australia’s heavy industry sector with our innovative, low-carbon solutions, including Primetals Technologies’ HYFOR technology.”