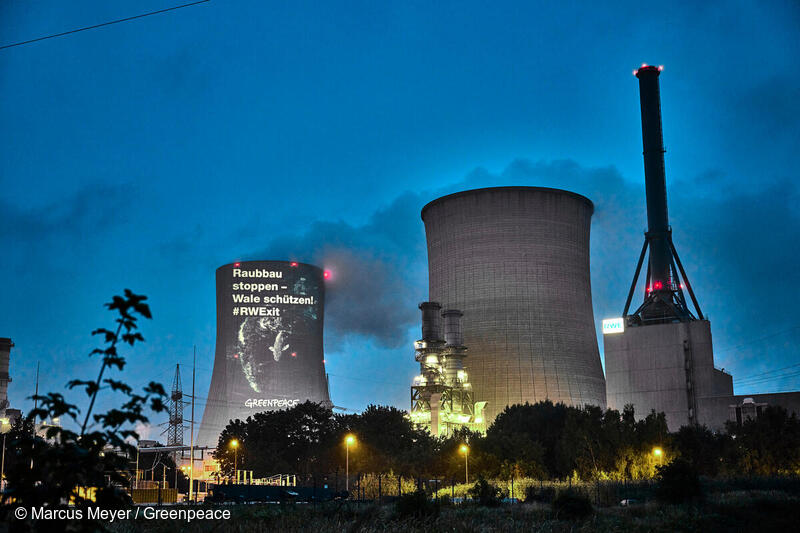 Greenpeace Germany has joined forces with Greenpeace Australia Pacific to take aim at energy company RWE, one of the only major customers earmarked by Woodside for its Scarborough gas project.

In the early hours of the morning, Greenpeace activists projected an image on RWE’s Essen gas facility of a whale cow with its newborn calf and the demand “Stop overexploitation, protect whales! RWExit”. The action follows an expedition undertaken by marine scientists from Greenpeace Germany and Greenpeace Australia Pacific, documenting marine wildlife in the area Woodside has marked for the Scarborough and Browse gas fields.

“RWE must not participate in a mega gas project that poses such a massive threat to marine life and fuels the climate crisis. RWE has committed to be carbon neutral by 2040, and as part of this must assume its responsibility towards the climate and nature. The corporation must withdraw from this project,” he said.

During its expedition last week, Greenpeace documented humpback whales as well as whale sharks, dolphins and turtle species, some of which are on the Endangered Species List.

The marine region around the area of the planned gas drilling is a biodiversity hotspot. In the Dampier Archipelago, where Woodside plans to dredge a 30-metre-wide trench for pipelines for the Scarborough field, about 4500 marine species have been recorded. Woodside’s plans include building more than 80 wells and several hundred kilometres of pipelines through areas with the highest marine biodiversity in Australia.

The German-Finnish energy company Uniper has also contracted with Woodside for millions of tonnes of LNG, following curbs on gas imports from Russia.

Mr Santen warns that the temporary gas high won’t last, and that companies purchasing gas from Woodside will come under intense environmental pressure.

“The war in Ukraine and curbed gas imports from Russia make the European LNG market attractive for energy companies looking to make big profits. But the International Energy Agency has repeatedly said global energy demand can be made carbon-neutral by 2050, without more gas or oil projects,” he said.

“Moving away from Russian oil and gas is also feasible without destroying unique marine ecosystems. If RWE wants to become climate neutral by 2040, the company will have to abandon such projects – and we’ll keep the pressure on them until they do it.”

“Western Australia’s majestic marine life is loved the world over – including in Germany. This action shows that Woodside’s dangerous Burrup Hub plans are already meeting global opposition, and that companies that associate with Woodside can expect intense and escalating environmental pressure. The carbon pollution from Woodside’s dangerous projects is globally significant and it is no surprise that it is attracting attention from the international community.” 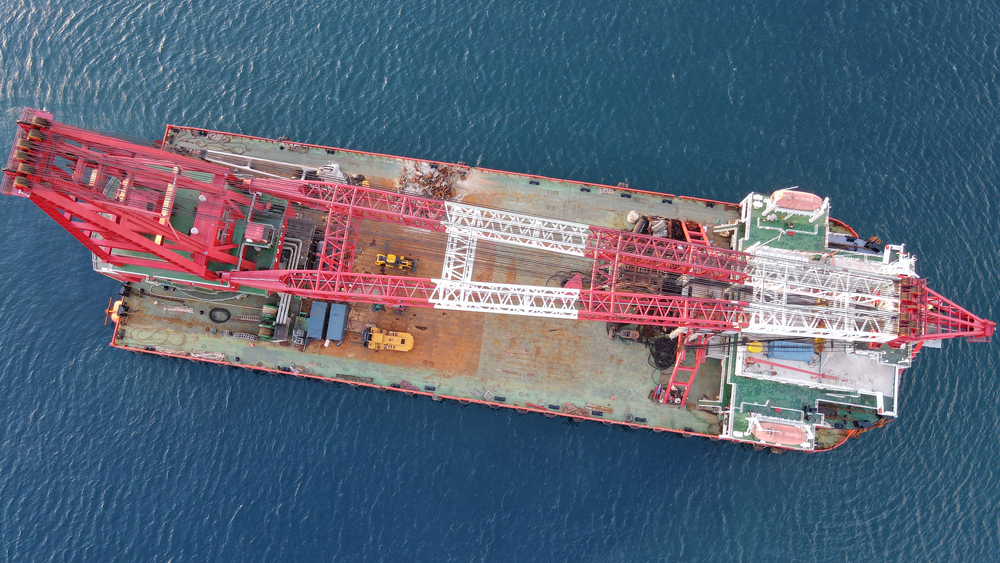