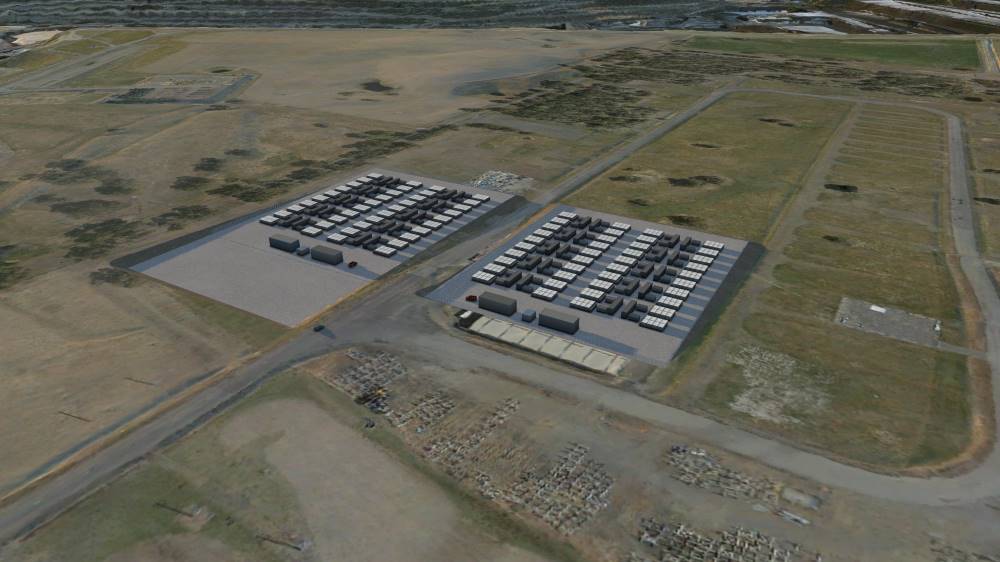 Artist’s impression of the Loy Yang A battery, image courtesy of AGL.

“Our grid-scale battery plans provide critical firming capacity to the market and will play a leading role in the energy industry’s transition over the coming decades,” he said.

AGL has been Australia’s largest private investor in renewables and is now leading in the development of storage technology such as batteries, ranging in size from grid-scale to residential. Last year, AGL announced plans to build batteries at the Loy Yang A power station in Victoria (200MW), at the Liddell power station (150MW), at Broken Hill (50MW) in NSW and Torrens Island (250 MW) in South Australia.

“These plans are part of the commitments made in our Climate Statement which targets net-zero emissions by 2050.”

Wärtsilä and Fluence will provide the latest-generation smart technology solutions to support AGL’s plans for critical firming capacity that will play a leading role in the energy transition from coal to renewable.

Fluence Vice President of Global Markets, Jan Teichmann, said Australia’s grid is evolving quickly, and batteries can fill critical gaps left by coal and gas retirements, both the super-fast services needed to strengthen the grid and as a source of peak power.

“Fluence’s team has seen the demand for energy storage grow to where we are now regularly contracting and deploying both over 100 MW storage solutions and portfolios of storage assets on grids around the world.”