Vic industry leading the way on new approach to foundations 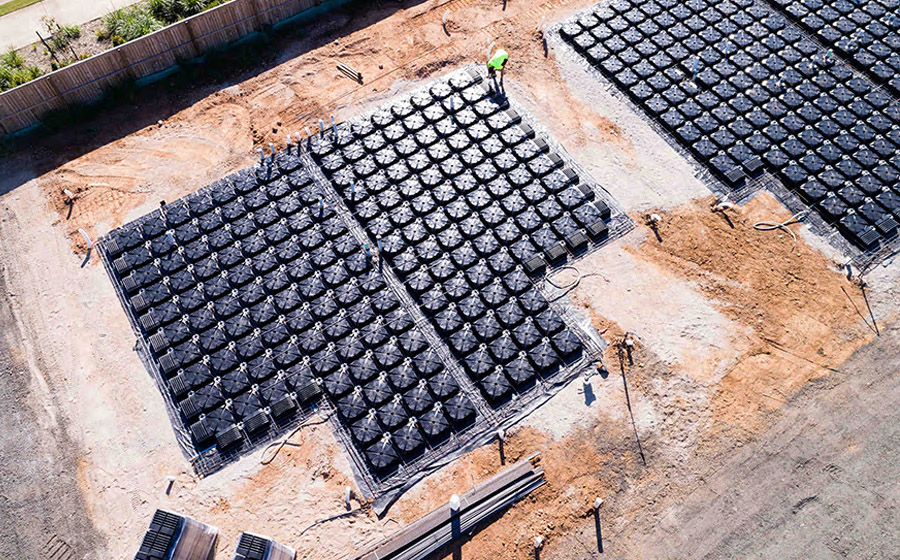 Sustainable innovation will revolutionise the way dwellings are constructed, and notably Victorian councils are moving against irresponsible use of polystyrene pods for waffle pod foundations, and the industry is getting on board with a move to more sustainable options, with some of the state’s leading builders and engineering consultants throwing their support behind a new approach.


Jim Prior, COO of Holloway Group, which manufactures an alternative called Biax, says the Australian-made product represents a clever re-thinking of the waffle pod and has the support of leading home builders and engineering firms. Jim says Victorian builders are recognising the need to move on from polystyrene. 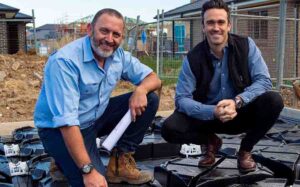 At left, Jim Prior at right Matt Hollaway

“Polystyrene pods do what they are designed to do in a foundation, but there are so many downsides. The system served its purpose in providing a very reliable, proven, cost-effective base for building residential dwellings, but every builder and concreter knows that the polystyrene pods are a problem. They take up a huge amount of space on sites that are only getting smaller, they’re unsightly and they inevitably end up creating a mess throughout neighbourhoods when they break up with the slightest wind, resulting in pieces spreading to nearby properties or into waterways.”

While there have been admirable moves to ensure polystyrene offcuts are recycled, Jim says it’s well known in the industry that this does not always happen.
“Recycling polystyrene is very difficult under the best of circumstances, and scrap collected from site is often heavily contaminated with mud, dirt and concrete, so unfortunately, if it hasn’t already blown down the street, it ends up in the bin.”

An alternative that meets engineering specs
Finding an alternative is something the industry has been working on for a long time, but Jim says the products weren’t right, and the timing wasn’t right.
“It’s understandably difficult for engineers and builders to move away from a system they know is fundamentally reliable. While it clearly has flaws, when an engineer specifies a foam-filled waffle pod, they know it’s going to perform as expected and comply with all the relevant building codes. The trouble with some of the earlier products that tried to replace foam was that they threw the baby out with the bathwater, relying on an entirely different foundation design.

“Biax retains everything that is good about the waffle pod slab, but replaces the foam with a product that is made of recycled and recyclable material. It’s stackable, so it’s easier to transport and easier to store on site, and it’s priced comparably. Rather than simply replicating the same sizes as waffle pods, the Biax sizes are specifically calculated to also offer heightened engineering outcomes.”

Jim notes that the building industry is under increasing pressure to adopt sustainable practices, with councils like Melton in Victoria actively fining builders who do not appropriately secure the pods, which the council describes as a major litter issue.
“Social licence to operate is becoming more of a focus area for builders, who face mounting scrutiny over their commitment to sustainability. There will come a point, probably soon, where environmentally unsustainable components like polystyrene will simply become unacceptable.”

Biax, in partnership with AusReo, will host a hands-on demonstration of the product at the Northern Golf Club in Glenroy on Thursday 26th May. Guest Speakers from JG King Homes and Intrax Consulting Group will share their experiences with Biax. Register here.