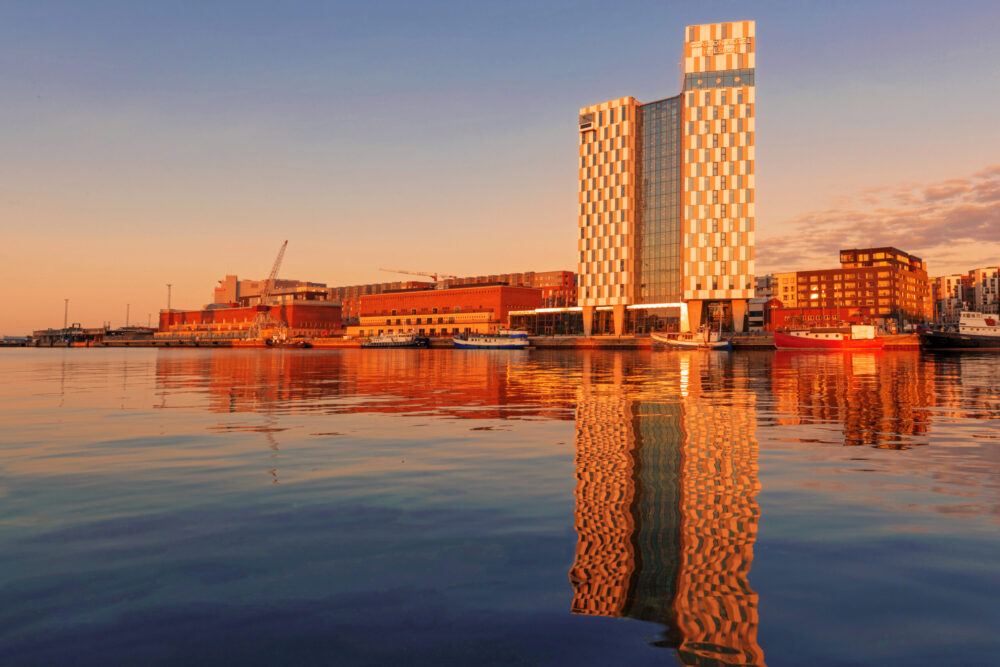 
An international jury has selected four winners from the ten finalists in the Helsinki Energy Challenge. The four winning teams were announced during a virtual event introduced by the Mayor of Helsinki, Jan Vapaavuori, and will each take a share of the €1 million prize fund.

The climate crisis is the most crucial challenge of our time, and cities have a key role in driving the shift to a low-carbon economy. Helsinki is one of the leading cities in the transition towards a sustainable future, with the goal of becoming carbon-neutral by 2035.

But there is an issue to overcome – currently, more than half of the city’s heat is produced with coal.

In order to achieve carbon-neutrality, radically new solutions are needed to meet Helsinki’s heat demand. And Helsinki is not alone. To fight climate change, sustainable heating solutions are needed in cities all over the world. Heating not just beyond coal, but also beyond burning biomass.

That’s why the Helsinki Energy Challenge was launched. It is a global one-million-euro challenge competition to answer the question: How can we decarbonise the heating of Helsinki, using as little biomass as possible?

The Helsinki Energy Challenge was a year-long process. The competition was kicked off on 27 February 2020 and it inspired 252 teams from 35 countries from around the world to participate. Ten finalist teams were selected in November 2020 and invited to join the co-creation phase of the competition.

During the co-creation phase, which included a three-day intensive virtual boot camp, the teams received support and additional information to be able to develop their solutions further.

The four winning proposals are:

The HIVE logo. Image courtesy of the Helsinki Energy Challenge.

HIVE, a flexible plan, based on proven technologies and solutions, such as seawater heat pumps, electrical boilers, solar thermal fields and demand side management measures; the plan is capable of integrating new technologies if and when these emerge. 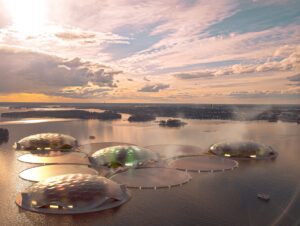 Artist’s impression of the Hot Heart, courtesy of the Helsinki Energy Challenge.

Helsinki’s Hot Heart, a system made of 10 floating reservoirs filled with 10 million cubic metres of hot seawater that can receive different energy sources as input. Four of the cylindrical tanks that make up Helsinki’s Hot Heart would be enclosed with inflatable roof structures to create a new leisure attraction. 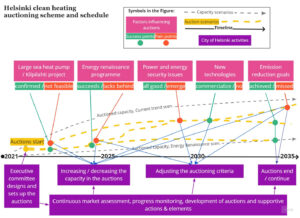 Beyond Fossils. Image courtesy of the Helsinki Energy Challenge.

Beyond Fossils, an energy transition model based on open and technology-neutral clean heating auctions, paving the path to carbon-neutral Helsinki in a flexible and innovation enabling way. 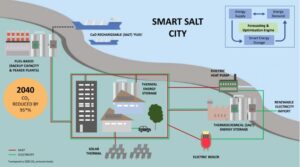 Mayor of Helsinki, Jan Vapaavuori, said cities must take the energy revolution into their own hands if we are to meet the accelerating challenge presented by climate change.

“While many cities have the raw ingredients for energy transition, the scale of the challenge requires leaders within city governments to create a policy environment that rejects the status quo and actively stimulates innovation and synthesis,” Mr Vapaavuori said.

“The Helsinki Energy Challenge is one output of a City-wide mission to reduce our carbon footprint. Throughout my mayoralty we have operated under the policy that every action is a climate action. I’m proud that in Helsinki we are leading a search for new solutions that have global potential.”

“During the one-year-long process, it became clear that there was a need for our exceptional approach. Energy revolution and climate change mitigation require non-traditional means of finding solutions,” she said.

“As a result of our work with some of the leading innovators in urban heating from across the globe, we now have a very wide range of solutions in our hands, which we can utilise in our decisions in the future. The clearest winner of the Challenge is Helsinki itself. We have learned tremendously during the process and we will be sharing these lessons with all cities.”

More information on the finalists and the winners of the Helsinki Energy Challenge can be found here.