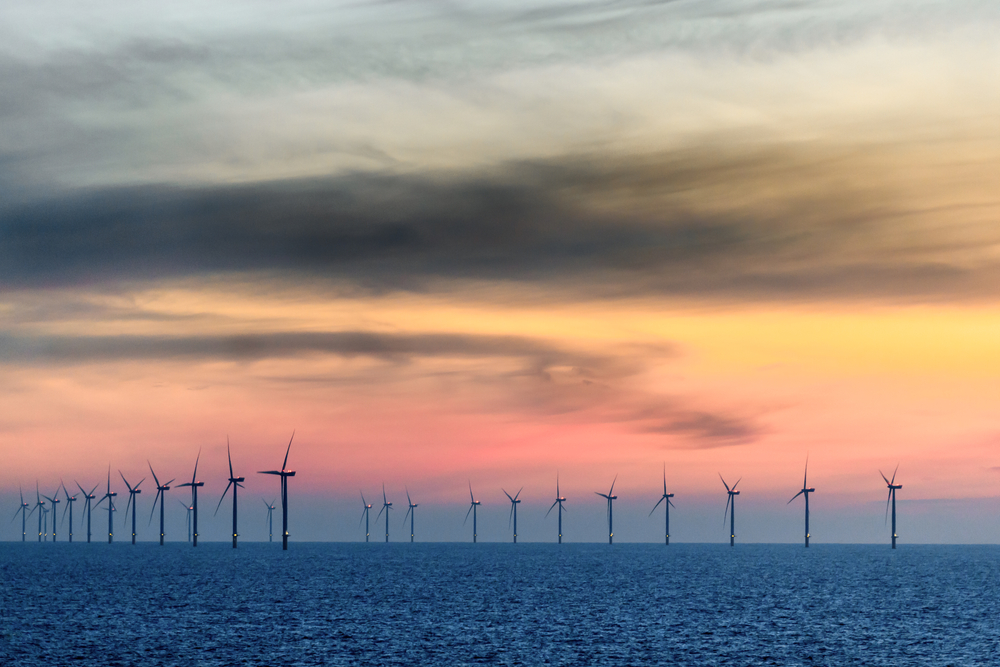 The United Kingdom’s ambitious goal to double its renewable energy capacity by 2030 will be achieved by 2026, new Rystad Energy analysis has highlighted, spurred by a wave of mostly wind power investments.

Total installed capacity of solar and wind power plants is forecast to climb to 64 gigawatts (GW) in 2026 from close to 33 GW today, with offshore wind taking over the throne as the country’s biggest green energy source.

While Rystad Energy sees offshore wind capacity to continue to rise after 2026 and reach nearly 40 GW by the end of the decade, onshore wind’s growth is projected to stall.

Head of Renewables at Rystad Energy, Gero Farruggio, said the expected rapid deployment of offshore wind will require a substantial increase in the size of turbines, which implies a need for major expansion of UK manufacturing capacity. 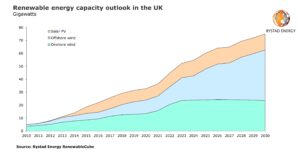 Offshore wind has witnessed significant growth, mainly through the Contracts for Difference(CfD) scheme.

The strike prices for offshore wind hit a record low of $51.54 per megawatt-hour (MWh) in September 2019, 30 per cent below the lowest strike price registered in the 2017 auction.

Rystad notes that some of the challenges faced, such as tax hikes and the closure of subsidies for major solar PV projects, have been an impediment to further development of renewable energy projects in the UK. There are, however, several policy changes on the table for the coming years, including new funding schemes for solar PV which could prove vital in helping the sector reach its ambitious targets by 2030.

Rystad detailed that policy measures like tax exemptions for renewable electricity projects have been driving the growth in UK renewables.

It outlined that the country has also offered several incentive schemes that have played a crucial role in supporting accelerated deployment of commercial and small-scale renewable capacity, including its renewables obligation (RO) and feed-in tariffs (FITs) schemes, which ended in 2019.

Earlier this year the FIT system was replaced by the Smart Export Guarantee (SEG) scheme, offering tariffs for renewable energy supplied to the National Grid.

To boost UK solar PV capacity, the Department for Business, Energy and Industrial Strategy plans to include solar PV in next year’s CfD auction.

Storage is currently excluded from the CfD bidding process and facilities have to be metered separately.