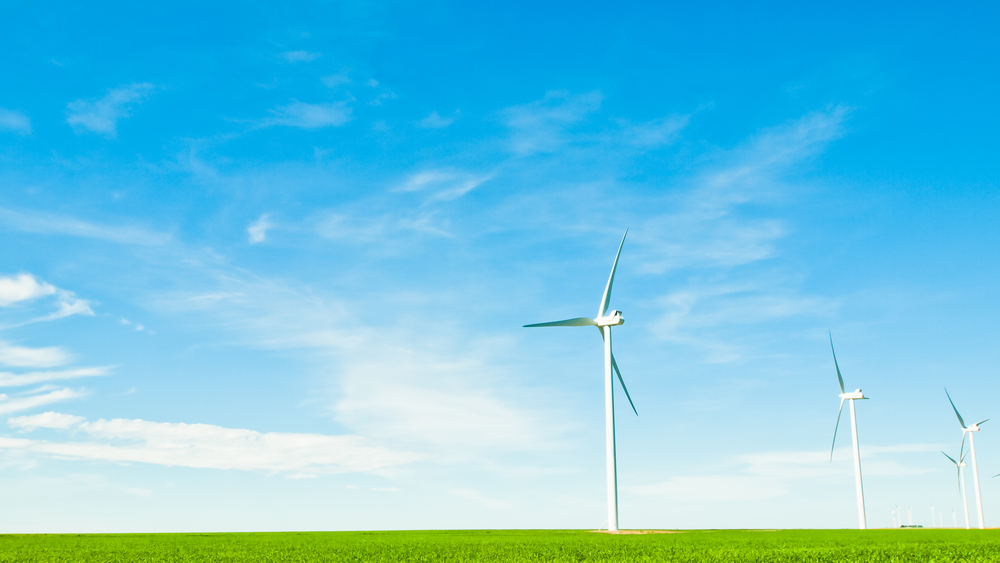 According to a first-of-its-kind study released last month by Wood Mackenzie and the American Clean Power Association (ACP), reaching a majority renewables grid will deploy over $1 trillion in capital investment into the American economy over the next decade, while supporting 980,000 direct jobs, stabilising wholesale power prices, and reducing U.S. carbon emissions by over 60 per cent.

Wood Mackenzie states that targeted administrative actions and Legislative policies are essential for the U.S. to achieve these benefits within the next 10 years.

Amy Farrell, ACP Senior Vice President of Government and Public Affairs, said a majority renewables electric system for the U.S. is possible within a decade and will deliver much-needed investments in the economy and create a pathway toward steady, well-paying employment for workers across the country.

“This research shows that a collaborative promise of an American grid powered by wind, solar, hydropower, energy storage, and other renewables represents an economic powerhouse that will lead our country towards a more prosperous, healthier, and cleaner future,” she said.

Earlier this year, the American wind, solar, hydropower, and energy storage industries united around a joint vision to generate over half of the country’s electricity within 10 years. Pan-renewable industry leaders agreed to actively collaborate to achieve this target.

The analysis from Wood Mackenzie and the ACP outlines how renewable energy industries can collectively move towards building a more resilient, efficient, sustainable, and affordable American grid.

A recently released Clean Energy Road Map proposed by the American Wind Energy Association, which is merging into the American Clean Power Association in January 2021, lays out how the U.S. federal government can rapidly accelerate this economic growth and renewable energy deployment through executive and legislative action starting in 2021.

As Wood Mackenzie’s analysis makes clear, transmission infrastructure expansion and improvements are critical to enabling this transition to a cleaner American electric grid.

Administrative actions to accelerate federal permitting and remove regulatory hurdles for transmission will help get affordable, clean power to where it is needed most by consumers, while also smoothly integrating offshore wind into the nation’s energy portfolio.

Continued advances in renewable energy technology and the increased use of energy storage to meet consumer demand will also help improve system reliability and drive wholesale power prices lower. And considering the strong empirical track record of transmission more than paying for itself, this future is possible with limited impact on customer wallets.

“With these actions and policies in place wind, solar, energy storage, and transmission will directly employ nearly one million Americans by the end of the decade, including over 800,000 Americans in construction and technician jobs, alongside 173,000 in factory, distribution, and development jobs.”

These high-quality jobs in the clean energy workforce pay an average of $60,000-$110,000/year. Significant investments in U.S. factories and domestic energy production are expected to help achieve this progress and offer a new path to employment for displaced legacy energy industry workers as those industries begin to dial back.

“Federal and state policy initiatives are required to accelerate transmission development, increase adoption of energy storage technologies and continue the record-setting deployment of wind and solar technologies that have reached commercial maturity,” he stated.

Among the top-line results of the analysis, Wood Mackenzie finds:

The transition to a majority renewables electric grid will be led by significant growth in land-based wind, offshore wind, and solar capacity, alongside a corresponding increase in energy storage development. The job growth and investments associated with these new additions will far outweigh the losses as the nation phases out or retires legacy power technologies.

Unsurprisingly, this transition to a majority renewables future results in a significantly cleaner grid. During the decade, carbon emissions are estimated to decrease 60 per cent, a level in line with the country’s economy-wide target under the Paris Agreement.

The job benefits from a 50 per cent renewable energy future will be felt in states from coast to coast. For example, Indiana, Pennsylvania, California, Ohio, New Jersey, New York, and Virginia will each gain over 30,000 new jobs, with Illinois, Maryland, and North Carolina each adding over 20,000.

Another 11 states will add at least 10,000 new jobs as part of the transition to a cleaner electric grid. These careers include those in new and expanded domestic manufacturing facilities to provide the local supply chains required for clean energy development.

Local benefits will not end at job creation and economic growth, says Wood Mac — the renewable projects will be major contributors to state and local tax revenues, as well as payments to landowners. Pushing towards a 50 per cent renewable energy future is expected to deliver upwards of $64 billion over the decade in tax and landowner-lease payments.