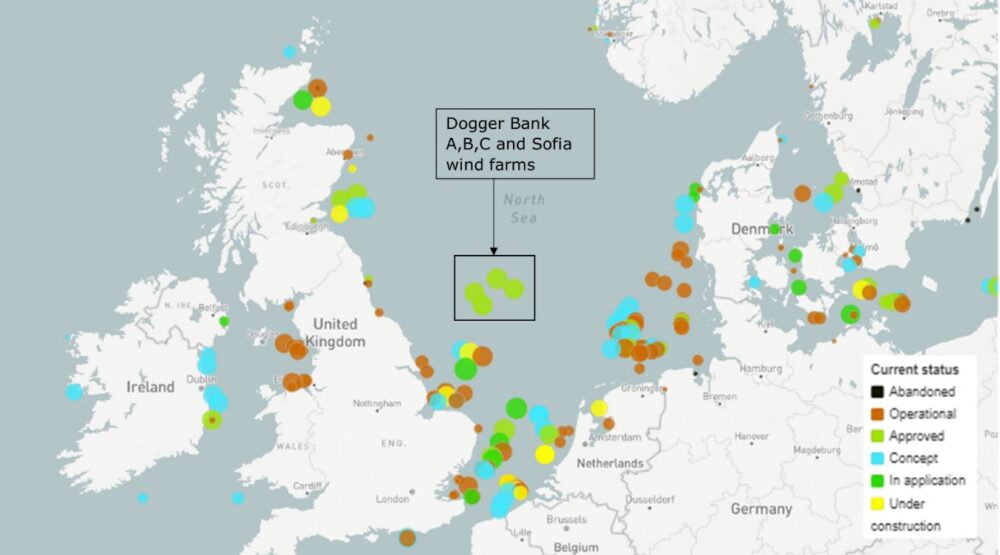 
Several large-scale offshore wind farms are planned in the next five years in the North Sea. The area not only has plenty of ageing oil and gas platforms and pipelines that could host production and transmission of hydrogen cheaply but also salt caverns to store it at low cost.

With these factors in mind, Rystad Energy has looked at the economics of blending green hydrogen production with offshore wind development. The company notes that although this hybrid approach offers promising elements, the high costs – at least for now – remain a show-stopper.

Rystad’s modelling is based on combining a green hydrogen project with an offshore wind farm of 1 gigawatt (GW), assuming that about half of the farm’s generated power is excess and used for hydrogen production.

The analysis highlights that at current break-even costs, the bulk of the hydrogen produced needs to be sold at EUR 5.1 per kilogram (kg), or about four times the price of hydrogen made from fossil fuel.

In this scenario, the wind farm’s assumed break-even power price is EUR 85 per megawatt-hour (MWh), which is quite close to the strike price of the UK CfD (contract for difference) auction round 2 of GPB 74.85/MWh (Triton Knoll case).

The scenario project is coupled with on-site hydrogen production, consisting of proton exchange membrane electrolysers and storage in a salt cavern.

According to the US National Renewable Energy Laboratory, storing hydrogen in a salt cavern costs EUR 70 per MWh, with negligible change in the next 10 years.

Unfortunately for green hydrogen, even in a scenario where the wind farm’s assumed break-even power price falls to EUR 61/MWh by 2030, a EUR 3.7/kg bulk hydrogen selling price would be required. This is a far cry from its much cheaper fossil-fuel-made version.

The business case calculations show that a combination of offshore wind and a hydrogen plant is not economically viable at the current cost scheme, as the bulk green hydrogen price will be too high compared with the current price for grey hydrogen.

However, on the flip side, the rapid reduction of offshore wind farms’ capital costs due to policies such as auction might accelerate the learning curve for hydrogen production, lowering the cost for electrolysers and potentially for hydrogen storage.

Rystad notes that with the future cost scheme, the prices at which the power and bulk hydrogen need to be sold are more reasonable, although there is considerable uncertainty surrounding this cost trend prediction.

The company states that determining the full potential that hydrogen can unlock is challenging, as hydrogen may open opportunities to decarbonise sectors that would otherwise be difficult to electrify, such as industries, building heating, marine shipping and aviation.

But, as what has been witnessed for offshore wind, early-phase support and subsidies can create the needed scale, industrialisation and learning needed to tremendously cut costs.

“This would force existing hydrogen manufacturers to shift more of the production to ‘blue’ hydrogen (grey hydrogen coupled with carbon capture and storage), which in turn would make green hydrogen projects more cost-competitive,” she said.