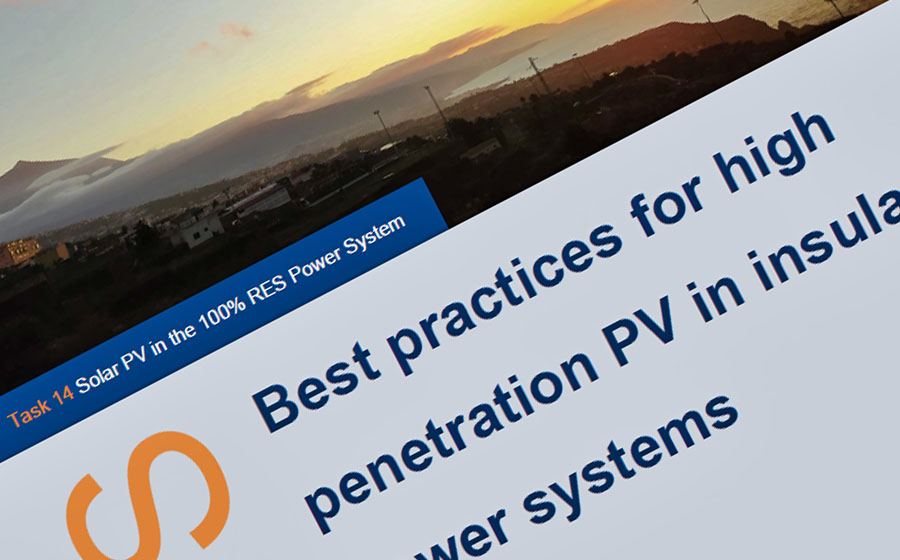 Solar PV is proving invaluable in the generation of renewable energy in geographically remote, or isolated, locations. These so-called ‘insular’ power systems are defined by conditions that make it financially unattractive to invest in new or upgraded interconnections with established large power systems.

Solar PV is being deployed at an accelerating rate in such insular power systems for a number of reasons including reduced cost, improved versatility in deployment scale, and ease of maintenance and operations. Storage is an enabler for integrating large shares of non-dispatchable energy in insular power systems. As renewable generation sources increase on an isolated grid, the inherent benefits of synchronous generators, that typically contribute significantly to grid stability, diminish. Power electronics and fast frequency response
are replacing the legacy approaches to maintain system reliability.

Australia is a prominent test subject for these PV insular power systems due to its remote communities, many of which have had renewable focused power systems installed with great success. Two Australian test sites, Coober Pedy and King Island, have featured in a report “Best practices for high penetration PV in insular power systems – 2021’” from the International Energy Agency PV Power System Programme.

APVI member and Australian contributor to the report Iain McGill, comments, “With clean energy it is not usually a question of technical feasibility but, instead, economic fundamentals, commercial attractiveness, political realities and societal consensus”. The aim is to meet these requirements and establish, review and report best practice
for high penetration PV in insular power systems, and to further their use around the globe.

The report looked at best practice case studies from Australia and around the world and concluded the most important recommendations for insular power systems arethe following:

● When deploying renewable technologies, performance specifications shouldtake into account the likely future state of the insular power system, whichmay include greatly reduced conventional generation.
● All new renewable generation should be required to be capable of continuing to operate during (riding through) large voltage and frequency transient events, including fast rates of change of frequency.
● Small-scale distributed generation that is not under direct utility control can be more beneficial if equipped with the ability to autonomously respond to voltage and frequency events in a way that helps stabilize the system.
● Large-scale renewable generation should be capable of providing grid stabilizing services such as voltage regulation and fast frequency response in coordination with the local TSO. In systems where non-synchronous generation may in the future exceed 80% of instantaneous load at times, grid-forming capability should be considered for system relevant new
generation.
● Maintaining an emphasis on grid resilience during all phases of planning, design, deployment and operation of large-scale renewable systems is critical to assure cost effective, reliable and efficient customer service and system response. 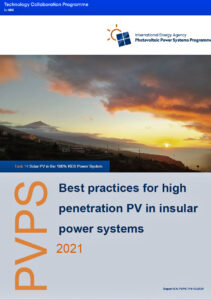