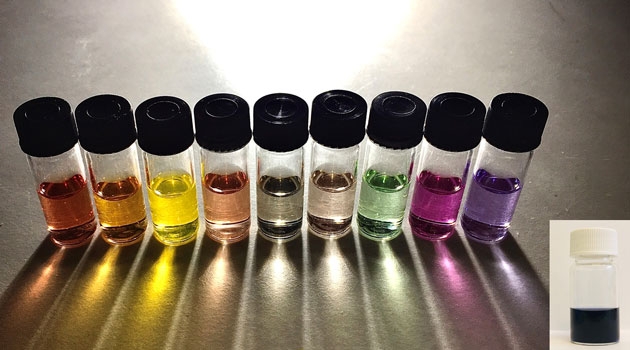 
Hydrogen for energy use can be extracted in an environmentally friendly way from water and sunlight, using photocatalytic composite polymer nanoparticles developed by researchers at Uppsala University in Sweden. In laboratory tests, these ‘polymer dots’ showed promising performance and stability alike. The study has been published in the Journal of the American Chemical Society.

How the future demand for sustainable energy will be met is a much-debated question. One feasible way to go is hydrogen, which can be produced from renewable resources: water and solar energy. But the process requires what are known as photocatalysts.

Traditionally, these have been made of metal-based materials that are often toxic. Instead, a research group headed by Haining Tian, Associate Professor (Docent) of Physical Chemistry at Uppsala University, is working to develop nano-sized organic photocatalysts. These ‘polymer dots’ are designed to be both environmentally friendly and cost-effective.

Since polymer dots (Pdots) are so tiny, they are evenly distributed in water. Compared with traditional photocatalysts, this provides a larger reaction surface, which means that more light can be stored in the form of hydrogen gas. The research group has now developed a Pdot containing three components. In tests, the particle has shown very good catalytic performance and stability.

“Combining several components that absorb light at different wavelengths is the easiest way to create a system in which all the visible surfaces capture light. But getting these components to work well together in a photocatalytic system is challenging,” Tian shared.

To investigate how well the various components work together, Tian and his colleagues used spectroscopic techniques in which the Pdot was exposed to light for a certain length of time. As a result, they were able to follow how photochemical intermediates were created and, under illumination, disappeared.

“It’s exciting to see that both ultrafast energy transfer and electron transfer take place in one particle, and that this helps the system to make use of the light and separate the charge for the catalytic process,” said the study’s lead author Aijie Liu, a postdoctoral researcher at the Department of Chemistry – Ångström Laboratory.

The researchers have succeeded in optimising the system of triple-component polymer dots so that it catalyses the conversion of solar energy into hydrogen with a 7 per cent efficiency rate at 600 nanometres (nm).

This is significantly better than the 0.3 per cent at 600 nm obtained by the group when they were working on Pdots consisting of only one component. One problem has previously been that the photocatalysts degrade prematurely, but now the researchers were unable to discern any distinct degradation even after 120 hours’ testing.