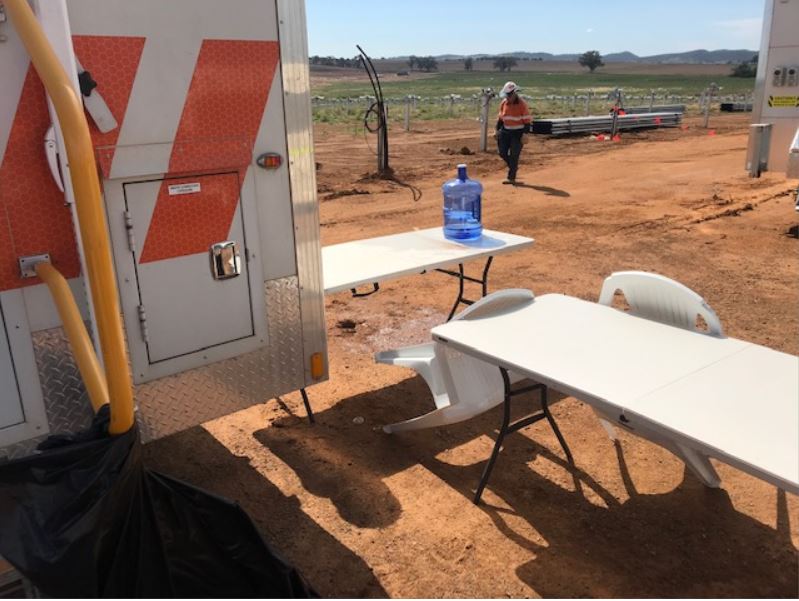 
Union says video and pictures have emerged highlighting the dangerous conditions workers are being forced to endure at a solar farm construction site in New South Wales.

A video obtained by the Electrical Trades Union (ETU) highlights workers’ lives at the Suntop Solar Farm near Wellington are put at risk as a shipping container dangles precariously close to a lunchroom, while people are inside.

Despite multiple complaints to the company running the site, the matter was allegedly not reported to SafeWork NSW. The Union advises that workers have also complained of no access to fresh drinking water and have been forced to sit outside in the heat and dust, with no undercover amenities provided.

“An exclusion zone should have been set up for the operation involving the shipping container, which was being lifted by a mobile crane.”

“Instead, our members weren’t told it was happening and were shocked to realise a shipping container, which could easily crush them, was being moved right over their heads.”

Mr Hicks said multiple complaints have been made but instead of making improvements, the company terminated the health and safety representative on the site.

“Clearly, basic safety standards are not being enforced and breaches are being swept under the rug,” he commented.