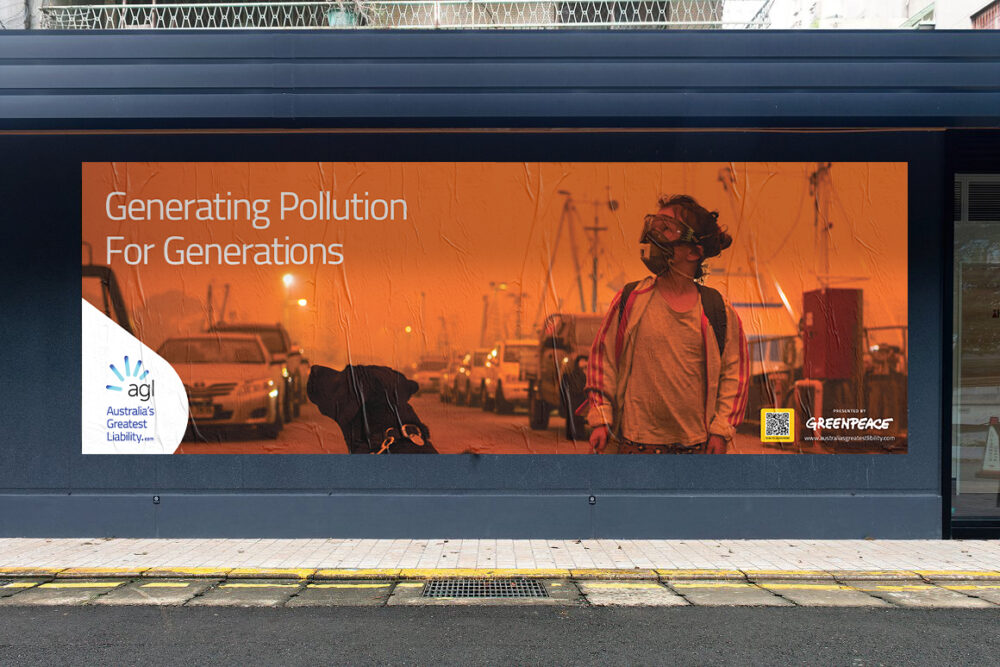 A street poster mock up from Greenpeace’s campaign, courtesy of Greenpeace Australia Pacific.


Energy company AGL has launched legal action against Greenpeace Australia Pacific, and the two companies will attend Federal Court in Sydney on 2 June 2021.

A Greenpeace Australia Pacific campaign, which launched nationally on 5 May 2021, saw the release of the Coal-faced: exposing AGL as Australia’s biggest climate polluter report. It was accompanied by a digital advertising campaign and a website, australiasgreatestliability.com

Late in the evening on 6 May AGL’s legal team, Ashurst Australia, served Greenpeace Australia Pacific with an application for an urgent interlocutory injunction, demanding that the charity remove any identifying AGL logos from its campaign. On 8 May, the application was heard in the Federal Court of Australia, where the judge denied AGL’s request to grant the injunction.

At a directions hearing in the Federal Court on May 11, a date was set for the court showdown between the two organisations.

“Freedom of speech is a fundamental component of any functioning democracy. In Australia there are ‘fair dealing’ exceptions to copyright in order to allow satire, parody and criticism,” she said.

“If Greenpeace Australia Pacific successfully defends this legal attack, it could set a powerful precedent about how the ‘fair dealing’ exception is applied by the courts which will hopefully allow other charities, not for profits, comedians and members of the community to criticise, parody and satirise without fearing litigation.”