Coles to source majority of QLD electricity from low emissions 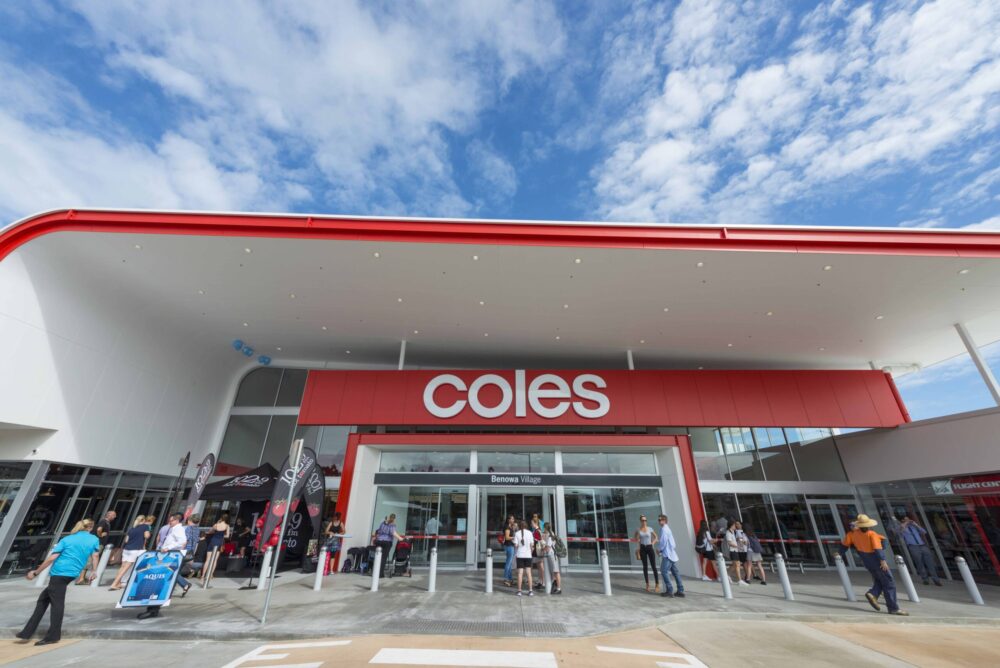 Many stores in Queensland will be powered by solar under the new agreement with Cleanco. Image of Coles Benowa (supplied).


From July 2022, Coles will source more than 90 per cent of its Queensland electricity requirements from CleanCo, after entering into a 10-year agreement with the state-owned clean energy generator and retailer. Coles will purchase 400 GWh of electricity annually through the agreement.

The Western Downs Green Power Hub, set to be Australia’s largest solar farm once built, and the MacIntyre Wind Farm, one of the largest wind farms to be built in the southern hemisphere, will supply three-quarters of Coles’ electricity requirements, with the remainder supported by CleanCo’s low emissions portfolio.

The partnership is estimated to reduce Coles electricity carbon dioxide emissions nationally by approximately 20 per cent or 240,000 tonnes annually*, which is the annual equivalent of taking 100,000 vehicles off the road^.

It also secures the development of both projects, which together with CleanCo’s Karara wind farm, will create 800 local jobs in Queensland’s Western and Southern Downs.

Coles Group CEO Steven Cain said the significant increase in renewable energy is a major part of Coles’ commitment to be Australia’s most sustainable supermarket.

“We have already made changes throughout our business to use energy more efficiently, which has enabled us to reduce our greenhouse gas emissions by 36.5 per cent since 2009, while growing our team member base and store network,” he said.

“Long-term agreements like this are a great example of how we are able to reduce our energy costs, support the community and make a meaningful impact on reducing greenhouse gas emissions,” Mr Keeve said.

“The CleanCo and Metka EGN agreements are great examples of how we can grow renewable energy generation capacity in Australia because they give the developers the certainty they need to invest.”

The Western Downs Green Power Hub is located 22 kilometres south-east of Chinchilla and will connect to the electricity grid via a new overhead line to publicly-owned Powerlink’s existing Western Downs substation.

Generation is scheduled for the first quarter of 2022. The project will generate enough energy to power about 235,000 Queensland homes.

About the MacIntyre Wind Farm

The MacIntyre Wind Farm is located approximately 50 kilometres west of Warwick and will connect to the electricity grid via a new overhead power line.

Generation is scheduled for 2024. The project will generate enough energy to power about 700,000 Queensland homes.