Australia, Japan and Vietnam lead shift to renewables in Asia-Pacific 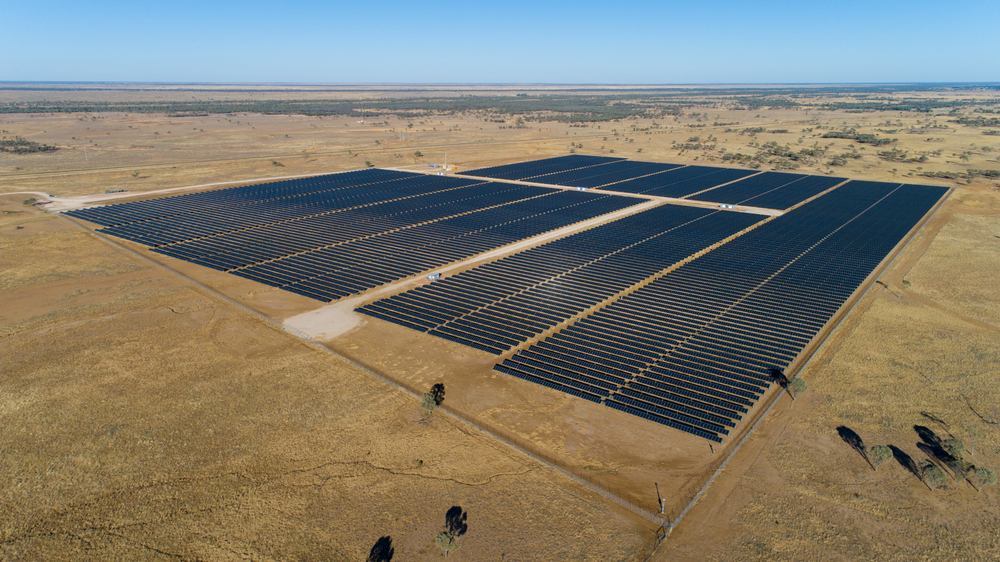 
The renewable power development pipeline has soared across the Asia-Pacific region according to IHS Markit’s Renewable Additions Index. Roughly a third of the power projects under construction – or about 80 gigawatts (GW) – are set to generate wind, solar, hydro and other types of renewable power across 16 key regional markets.

Australia leads the index with 89 per cent of capacity under construction being either wind, solar or biomass power. Japan and South Korea are ranked second and fourth, respectively, due to a large pipeline of offshore wind projects in both countries.

The third place in the region is taken by Vietnam which leads emerging markets, as the country promoted feed-in tariffs to attract investment in solar and wind power.

On the other end of the scale, only 6 per cent of Bangladesh’s power capacity under development is from non-hydro renewable sources, slightly ahead of Myanmar and Thailand, which are 4 and 3 per cent respectively.

“Our ranking shows that income level is not the sole determinant in a country’s willingness to pursue clean energy. Renewable energy is no longer a ‘rich nation’ luxury as its cost continues to decline,” said Xizhou Zhou, Vice President Global Power and Renewables at IHS Markit.

Mainland China remains the largest renewables market in absolute terms accounting for 58 per cent of onshore wind and 33 per cent of solar projects under construction in the region, but it only ranks eighth place overall due to its large coal- and gas-fired power development pipeline.

Many governments in the Asia-Pacific region have announced clean energy ambitions, while others – including China, Japan and South Korea – have gone even further to commit to net-zero emissions.

Fossil fuel generation projects are still being built in Asia-Pacific, with 192 GW of coal plants and 65 GW of gas-fired power plants currently under construction.

China and India together account for 77 per cent of the coal plants being built in the region; for gas-fired power projects, China, Thailand and Bangladesh are the most active in new build.

“Developed countries tend to face less pressure as their power demand growth is much slower or has already peaked, but even nations like Japan and South Korea are still building some coal plants,” Zhou commented.

The Renewable Additions Index is released every quarter, providing a snapshot of the current power construction and development activities in the Asia-Pacific region and tracking both conventional as well as renewable projects. 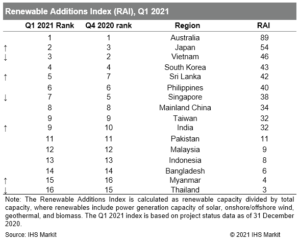 The RAI draws upon the share of non-hydro renewable power capacity in the project pipeline and divides it by total capacity under development.

The capacity of projects in pre-construction development is discounted by 25 per cent, reflecting uncertainties associated with projects’ permitting, financing, and/or other regulatory and market risks widely observed before projects at early planning stages can move to start construction.

Coal- and oil-fired power plants receive an additional 25 per cent discount given high regulatory risks associated with the coal phaseout move in most markets.