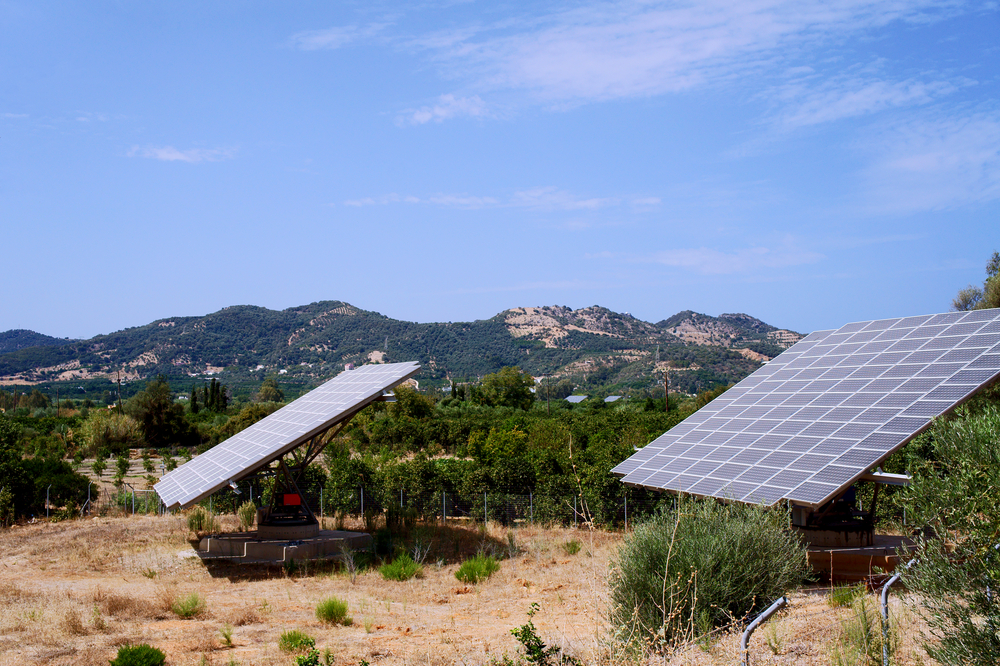 Image: solar panels in the mountains on the island of Crete, Greece.


Greece’s Regulatory Authority for Energy (RAE) has announced that the country will conduct its third joint auction for wind and solar photovoltaics (PV) projects in May 2021. The renewable energy auction scheme will continue to significantly change the generation mix of the country.

According to analysis by GlobalData, in 2018, the year the auction mechanism was introduced, wind and solar PV together contributed around 28 per cent to the generation mix.

The share is expected to reach around 35 per cent at the end of 2020 and the increase can be attributed to the success of the renewable energy auction.

The share of wind and solar growth is in line with the country phasing out coal-fired power plants and striving to achieve its target to become carbon neutral by 2050, says GlobalData.

Project Manager at GlobalData, Mohit Prasad, commented that the renewable energy auction scheme has spurred the growth of solar PV installations in Greece.

“According to GlobalData, at the end of 2020, the technology is expected to contribute 15 per cent to the country’s overall energy mix, which was 13 per cent before the introduction of the auction scheme,” Prasad shared.

“The scheme is now expected to significantly change the generation mix of the country, with a target of an additional 2.1 gigawatts (GW) of wind-solar auction by 2024.”

“As per GlobalData, the share of wind and solar together, which was around 24 per cent until 2015, is estimated to grow to around 56 per cent by end of 2030. This is in line with the country phasing out coal-fired power plants and striving to achieve its target to become carbon neutral by 2050,” Prasad said.

Apart from the technology-specific auctions, the country has been conducting joint auctions covering wind and solar PV projects since 2019.

Under the first auction held in April 2019, 86 per cent of the awarded capacity was for solar PV projects. Additionally, out of the seven projects that won in the auction – aggregating 377.78 megawatts (MW) – six were of solar PV.

Not only that, but solar PV secured the majority share again in April 2020, when the country announced the result of the second mixed wind-solar tender. Out of a total of 502.94MW, solar PV projects worth 350MW were shortlisted, contributing 70 per cent to the overall awarded capacity.

Prasad detailed that historically, the solar PV market in Greece was driven by Feed-in-tariffs (FiT), however, that scheme closed on 31 December 2015.