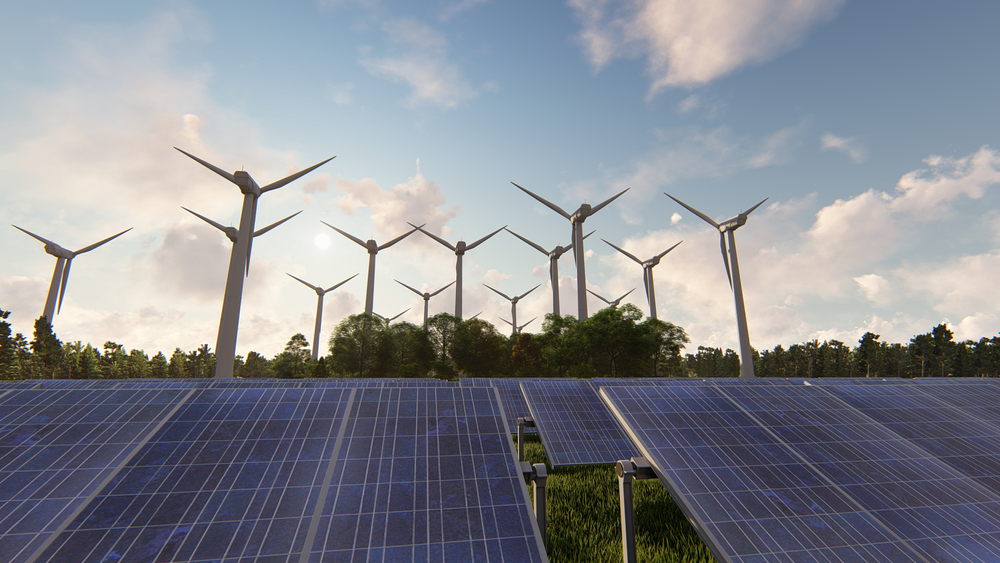 
Installed capacity of renewable energy in the Asia-Pacific region is set for a major boost in the next five years, to 815 gigawatts (GW) in 2025 from 517 GW this year, according to new analysis from Rystad Energy. The frontrunner in this growth will be solar energy, whose regional capacity will nearly double to 382 GW from 215 GW in 2020, surpassing even the installed capacity of well-established onshore wind energy.

Onshore wind’s installed capacity is also set to climb, to 341 GW from 266 GW in the next five years, while offshore wind is expected to jump to 51 GW from 9 GW currently. Lastly, storage, battery and hydrogen electrolyser capacity is likely to expand to 42 GW from 26 GW. 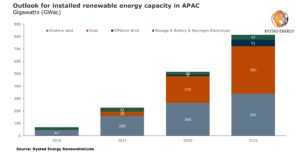 Many national oil companies (NOCs) in the Asia-Pacific region are now following in the footsteps of their European counterparts and are starting their journey towards energy transition.

In Malaysia, Petronas has announced that it will grow its presence within renewables and recently invested in a solar photovoltaic system for the residential and small- to medium-sized enterprises sectors in Malaysia.

In Vietnam, PetroVietnam has announced an ambitious target of 100 megawatt (MW) renewable capacity by 2025 and 900 MW by 2035, which would make the country the most promising market for offshore wind in Southeast Asia.

Some significant offshore wind projects on the cards in the Asia-Pacific region, excluding China, are Yunlin, Changfang and Xidao in Taiwan, Thang Long in Vietnam and Incheon in South Korea.

Following the demand from their customer base, many traditional oilfield service companies in the region have also started diversifying their offerings to cater to the energy transition.

The most relevant sector for the EPCI companies to venture into within green energy is offshore wind construction and installation. Both oilfield and wind projects offshore have long project life cycles that require integrated project management on a massive scale, dealing with mammoth structures such as jackets, platforms and foundations.

Rystad outlines that EPCI companies, with a proven track record in oilfield services, have an edge when it comes to applying best practices and can leverage existing personnel competencies in every stage of an offshore wind construction and installation project – from design to operations.

Floating offshore wind may also be an avenue for EPCI companies to capitalise on their experience in deep-water production facility installations and will be important in countries such as Japan and South Korea.

Although most Chinese fabrication yards serve domestic demand for wind power, due to cost competitiveness some are also on the hunt for market share in the international renewables market.