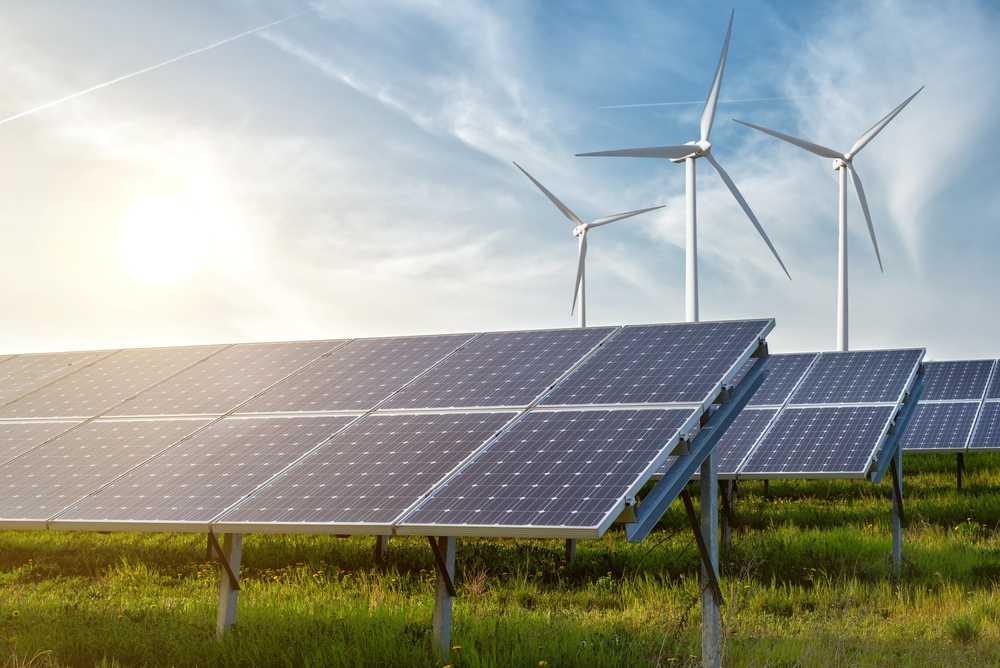 Europe’s new 2030 emissions target of a 55 per cent reduction over 1990 levels has made it the undisputed global leader in climate ambition. However, with the region still a long way from achieving this rapidly approaching goal, Wood Mackenzie states that dramatic changes are needed.

As noted in the recent report, Fast and furious: Europe’s race to slash emissions by 2030, Wood Mackenzie’s base case forecast sees the bloc falling short of its goal, delivering a 46 per cent reduction over 1990 levels.

An accelerated energy transition for the EU, consistent with limiting global warming to no more than 2 degrees C, would take Europe much closer to the 2030 target. Wood Mackenzie’s 2-degrees scenario includes some sharp changes from their base-case scenario:

Yet, even that 2-degree scenario only gets the EU to a 53 per cent cut in emissions by 2030; it would take another two years to get to 55 per cent.

Wood Mackenzie Research Director, Murray Douglas, commented: “To hit the 2030 target, Europe will have to do everything we have assumed, but quicker. Moreover, as the potential to do more on renewables and EV penetration is limited, it will have to push harder in three key areas: energy efficiency and the electrification of buildings, reducing the amount of travel, and reform of the carbon market.”

“The EU’s Emissions Trading System (ETS) covers around half of the bloc’s CO2 emissions. A large-scale expansion of the scheme to other sectors is unlikely, but maritime emissions are likely to be included. Still, the fact that ETS sectors will only deliver a third of the targeted reductions by 2030 underscores the need for reform.”

“Certainty over the cost of carbon by 2030 would accelerate coal phase-out plans, as it did in the UK. Renewable generation would be more competitive, and the array of projects would expand. The rapidly growing pipeline of low-carbon hydrogen projects would be bolstered, and the market would become more engaged in the development of carbon capture and storage (CCS),” he said. 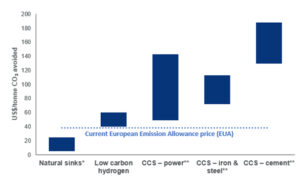 Gas is expected to remain resilient to 2030 amid a 55 per cent emissions reduction, according to the report. Wood Mackenzie estimates that liquefied natural gas (LNG) will account for 27 per cent of the EU’s gas supply mix by 2030. Pressure to cut carbon and methane emissions will push LNG suppliers to reduce emissions from well to the customer.

“For gas to secure a future beyond 2030, large-scale CCS must become a reality for gas-fired power and hard-to-abate industries,” added Mr Douglas.

Wood Mackenzie highlights that investment by private capital chasing low-carbon opportunities will be key. The global energy research and consultancy group states that Governments will have to ‘crowd in’ private sector investment with incentives. It notes that such a formula has already delivered renewables growth, with feed-in-tariffs and guaranteed offtake underpinning returns for investors.

Mr Douglas expects that some of the biggest opportunities will be in the build-out of wind, solar and storage capacity, which will require US$585 billion of investment by 2030, and in the grid infrastructure needed to transform the electricity market.

“Europe must rapidly shift from a power market where centrally dispatched supply follows demand to one where demand can respond to an increasingly variable, weather-driven supply from renewable sources,” he shared.

European policymakers will need to make difficult and, in many cases, unpopular decisions to deliver greater emissions reductions. However, the region also hopes that its bold step will inspire other nations to do the same. Particularly in setting interim goals such as Europe’s 2030 target.

Ahead of the United Nations Climate Change Conference (COP26) in Glasgow in November 2021, which is intended to spur greater global commitment to tackling climate change, all eyes will be on how Europe maps out its path to net zero.