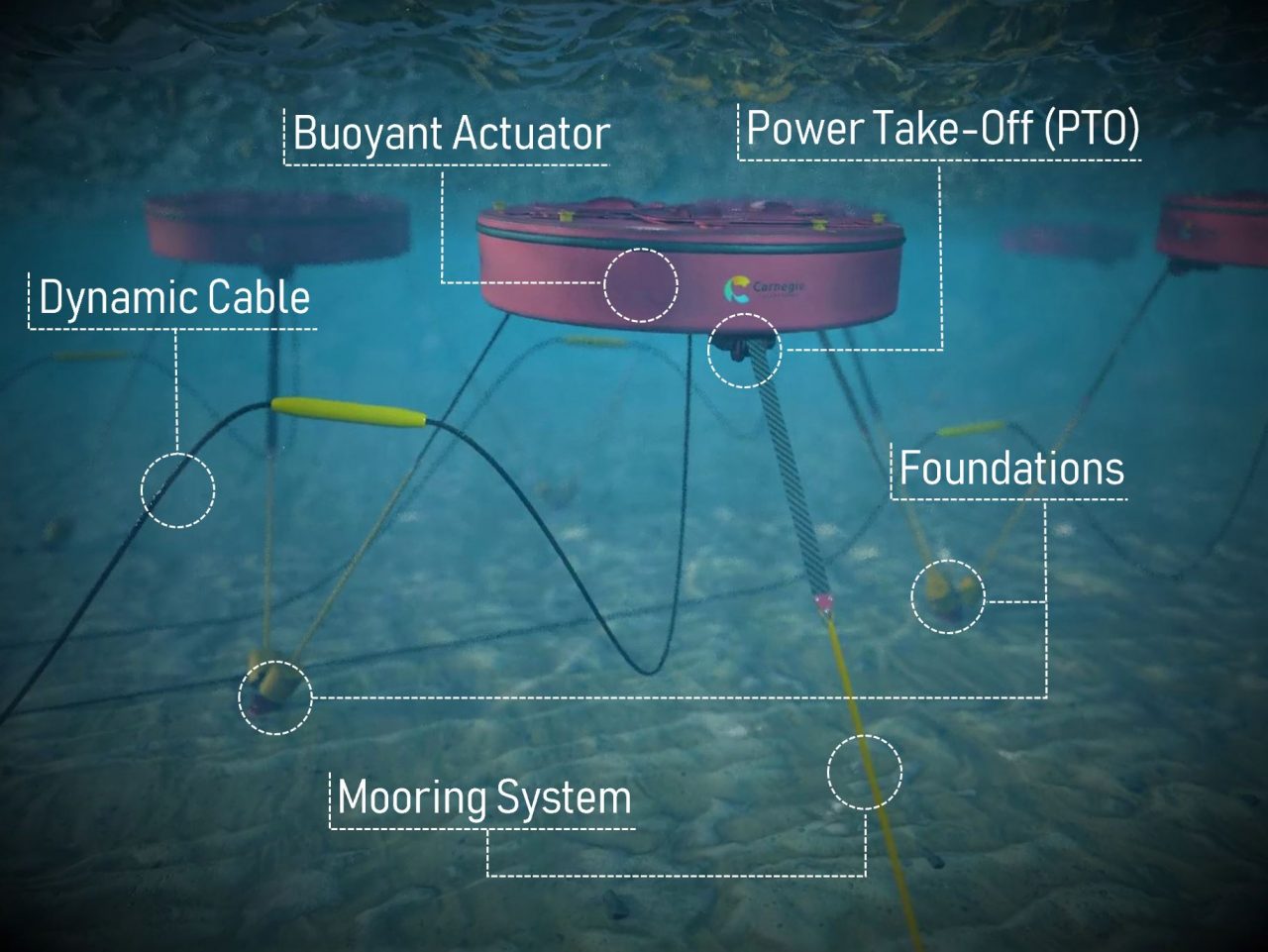 EuropeWave PCP is an innovative and competitive stage-gate program designed to advance promising wave energy converter systems to a point from which they can be developed to commercial exploitation through other national/regional programs and/or private investment.

CETO Wave Energy Ireland Limited was selected alongside six other companies to deliver the program’s first phase after meeting rigorous selection criteria including the performance, survivability, availability and affordability characteristics of the proposed systems.

Subject to signing contracts, the company will be paid €291,000 (A$463,000) to deliver required Phase 1 activities including undertaking tank testing and delivering a CETO concept design for deployment at the open-water facilities of the Biscay Marine Energy Platform (BiMEP) in the Basque Country and the European Marine Energy Centre (EMEC) in Scotland in Phase 3.

With almost €20 million in funding for the 3 phases of the program, which runs from 2022 to 2026, the EuropeWave PCP is a collaboration between Wave Energy Scotland (WES), a subsidiary of the Scottish Government’s Highlands and Islands Enterprise, the Basque Energy Agency (EVE).

Europe and the UK are driving forces behind the adoption of wave energy with several investments and support mechanisms underway.

EuropeWave PCP’s objective is to accelerate the development of cost-effective wave energy converter systems that can survive in the harsh ocean environment, and ultimately EuropeWave PCP will contract three of the Phase 1 contractors to deploy their prototypes at BiMEP or EMEC in Phase 3.

Carnegie chief executive officer Jonathan Fiévez commented: “We are extremely pleased that our CETO technology was chosen as one of the promising solutions to be advanced through the exciting and innovative EuropeWave PCP Programme.

“Being selected for this contract is a strong third-party validation of the technology we’ve developed and will help us to establish a solid framework for future commercial project investments.

“We are excited to demonstrate the technical and commercial potential of our CETO technology and thrilled to be part of the EuropeWave PCP program which will show future investors the wealth of exciting opportunities emerging within the wave energy industry.

“Programs like this show the urgency and the opportunity to drive wave energy and accelerate global efforts towards decarbonisation.

“Wave energy is beginning to gain traction and will complement existing renewables such as wind and solar.

“Harnessing the power of our vast oceans is a vital step in our transition to the use of sustainable clean energy, and to achieve net zero emissions as soon as possible.”

The European Commission’s Strategic Energy Technology Plan (SET Plan) has set ambitious targets for ocean energy technologies to reduce its levelised cost of energy (LCOE) over the next fifteen years to at least 20 c€/kWh (2025), 15 c€/kWh (2030) and 10 c€/kWh (2035).

By 2050 ocean energy will be able to provide 10% of Europe’s current electricity needs and 400,000 jobs, according to Ocean Energy Europe.

The CETO design to be delivered in Phase 1 builds on Carnegie’s Digital Development Pathway and aligns with Carnegie’s plans to progress and validate recent technical achievements.

For instance, the performance improvements delivered by Carnegie’s new advanced controllers, already demonstrated via simulations, will be validated in the tank tasking campaign at the Cantabria Coastal and Ocean Basin (CCOB) in Spain during Phase 1.

Ultimately, if successful in subsequent phases, the innovations delivered in the Digital Development Pathway and EuropeWave PCP Phases 1 and 2 would be demonstrated and validated via a CETO prototype deployment at EMEC or BiMEP in Phase 3.

Following the conclusion of Phase 1, another rigorous selection process will be conducted, with five companies out of the seven selected for Phase 2, and subsequently, three companies selected for the third and final phase.

Each company involved will retain ownership of the intellectual property, the results and any physical models, prototypes or other test pieces produced during the PCP.

Sweden could become a pioneer in green steel production