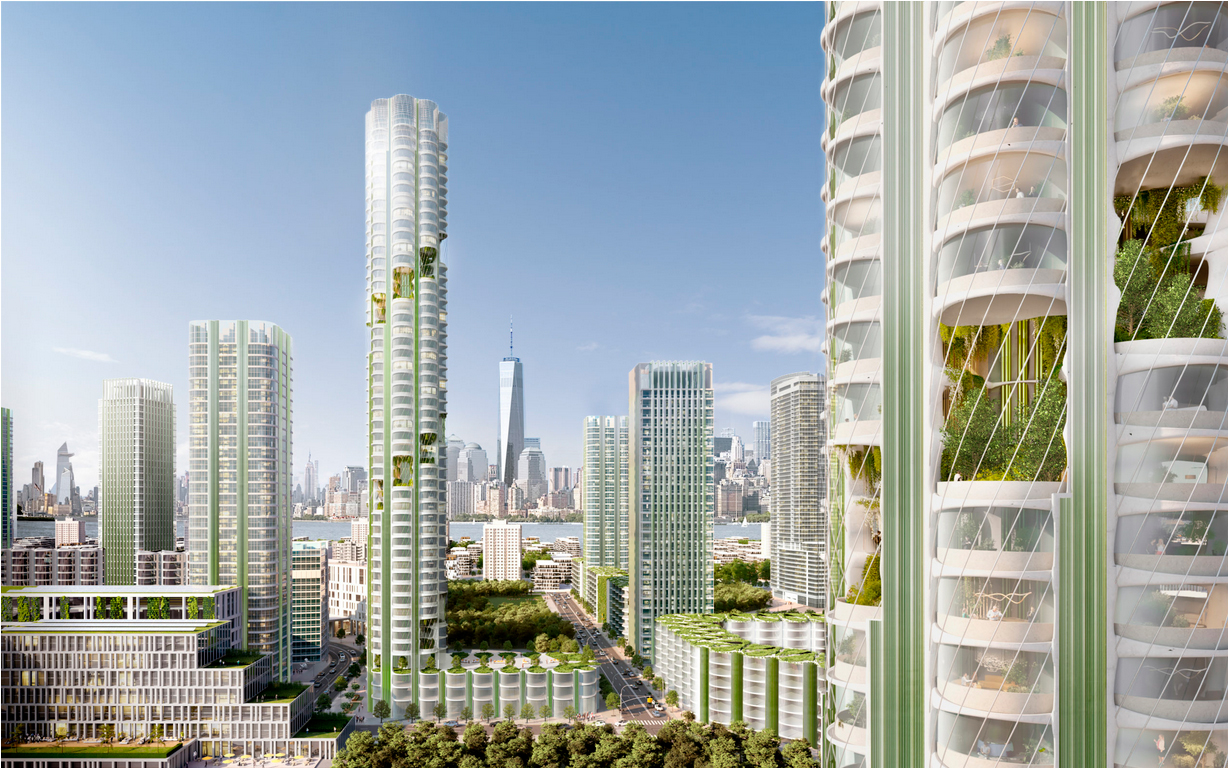 
What if the built environment could be a solution to the climate crisis, rather than part of the problem? What if buildings could act like trees – capturing carbon, purifying the air, and regenerating the environment? Taking inspiration from natural processes and ecosystems, Urban Sequoia envisions ‘forests’ of buildings that sequester carbon and produce biomaterials to create a new carbon economy and a resilient urban environment.

At COP26, Skidmore, Owings & Merrill (SOM) unveiled Urban Sequoia – a concept for buildings and their urban context to absorb carbon at an unprecedented rate. SOM has developed the first step toward achieving this goal on a broad scale, with a prototype for a high-rise building that can be built today.

The need to transform the built environment is clear. The building sector generates nearly 40 per cent of all global carbon emissions. As urban populations continue to grow in the coming decades, studies have predicted that another 230 billion square metres of new building stock will be needed by 2060.

The central proposition of Urban Sequoia is that the built environment can absorb carbon. SOM’s proposal transforms buildings into solutions – radically rethinking how buildings and cities are designed and constructed. It is a viable solution that could have a far-reaching impact, with the potential to create a circular economy that absorbs carbon.

Chris Cooper, SOM Partner, explains the strategy: “We are quickly evolving beyond the idea of being carbon neutral. The time has passed to talk about neutrality. Our proposal for Urban Sequoia – and ultimately entire ‘forests’ of Sequoias – makes buildings, and therefore our cities, part of the solution by designing them to sequester carbon, effectively changing the course of climate change.”

“This is a pathway to a more sustainable future that is accessible today. Imagine a world where a building helps to heal the planet,” said Kent Jackson, Partner at SOM. “We developed our idea so that it could be applied and adapted to meet the needs of any city in the world, with the potential for positive impact at any building scale.”

These strategies can be applied to buildings of all sizes and types. For cities, SOM’s prototype design is a high-rise building that can sequester as much as 1,000 tonnes of carbon per year, equivalent to 48,500 trees. The design incorporates nature-based solutions and materials that use far less carbon than conventional options and absorb carbon over time. Materials like bio-brick, hempcrete, timber, and biocrete reduce the carbon impact of construction by 50 per cent compared to concrete and steel. A progressive approach could reduce construction emissions by 95 per cent.

“The power of this idea is how achievable it is. Our proposal brings together new design ideas with nature-based solutions, emerging and current carbon absorption technologies and integrates them in ways not done before in the built environment,” said Yasemin Kologlu, Principal at SOM.

This solution will open up the opportunity to move beyond net zero to deliver carbon-absorbing buildings, increasing the amount of carbon removed from the atmosphere over time. After 60 years, the prototype would absorb up to 400 per cent more carbon than it could have emitted during construction. The captured carbon can be put to use in various industrial applications, completing the carbon cycle and forming the basis of a new carbon-removal economy. With integrated biomass and algae, the facades could turn the building into a biofuel source that powers heating systems, cars, and aeroplanes; and a bioprotein source usable in many industries.

On an even broader scale, the by-products of building an Urban Sequoia will help revolutionise the way we design and maintain infrastructure. Captured carbon and biomass can be used to produce biomaterials for roads, pavement, and pipes. By converting urban hardscapes into gardens, designing intense carbon-absorbing landscapes, and retrofitting streets with additional carbon-capturing technology, former grey infrastructure can sequester up to 120 tonnes of carbon per square kilometre. When replicating these strategies in parks and other greenspaces, we can save up to 300 tonnes per square kilometre of carbon annually.

“If the Urban Sequoia became the baseline for new buildings, we could realign our industry to become the driving force in the fight against climate change,” said Mina Hasman, Senior Associate Principal. “We envision a future in which the first Urban Sequoia will inspire the architecture of an entire neighbourhood – feeding into the city ecosystem to capture and repurpose carbon to be used locally with surplus distributed more widely.”

If every city around the world built Urban Sequoias, the built environment could remove up to 1.6 billion tonnes of carbon from the atmosphere every year. 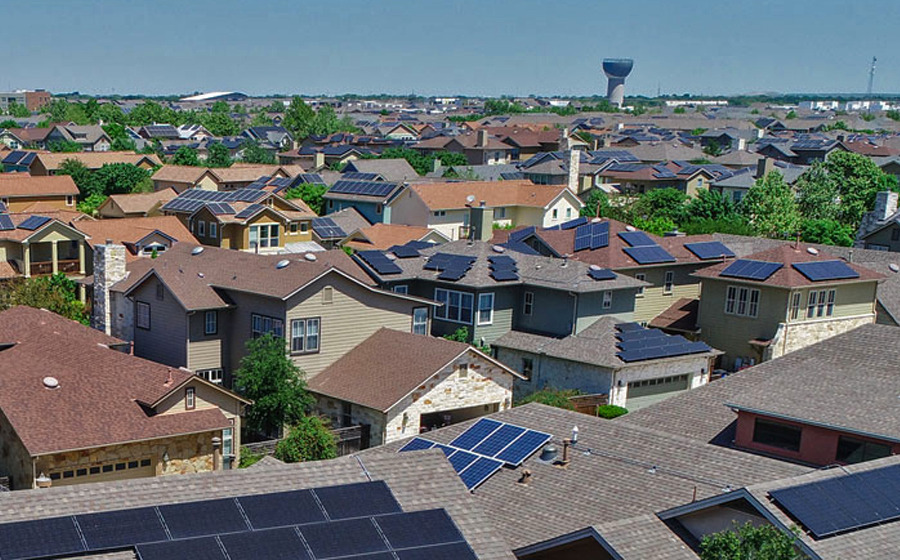