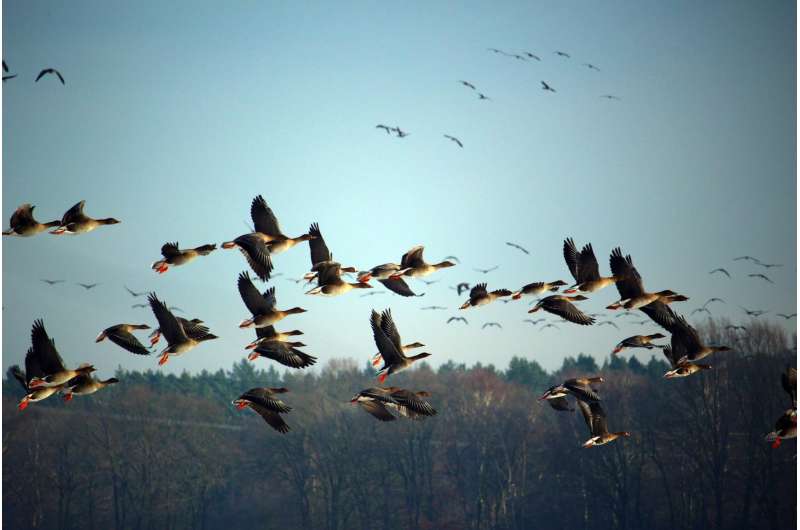 
Companies in the petroleum and other industries will not be held legally responsible for killing migratory birds as long as they did not mean to, the Trump administration said Tuesday, drawing swift condemnation from animal welfare and conservation groups.

The Interior Department is scheduled to finalise the rule change Wednesday, a boon to oil and gas companies that sought weakened protections of birds from an administration in its waning days.

A draft of the final rule comes two weeks before President-elect Joe Biden assumes the presidency, as well as on the heels of a new bipartisan conservation law protecting wetlands and waterfowl. It also coincides with a sharp decline in the overall population of birds in North America.

The number of birds on the continent has dropped by three billion, about 30 per cent, since the 1970s, according to a survey published in the journal Science in September 2019.

FWS said the change would not apply to the Endangered Species Act or the Bald and Golden Eagle Protection Act.

The change shifts how the federal government interprets and enforces the Migratory Bird Treaty Act of 1918. FWS will no longer fine or prosecute companies that cause birds’ death as long as they did not intend to kill the animals.

While the Interior Department can unwind the change under the incoming Biden administration, that process will take time and require a new public comment period.

In the wake of its 2010 Deepwater Horizon oil spill, BP faced $100 million in fines due to MBTA provisions alone. But under the change, the oil company would not have faced those penalties.

Underpinning the Trump administration’s move is a legal opinion by the Interior solicitor, Daniel Jorjani, who argued the law should only apply to birds killed deliberately rather than through ‘incidental’ activities that kill millions of birds annually, such as oil spills and oil pits, as well as electric power lines and pesticides.

The American Petroleum Institute, the lead lobby for oil and gas in Washington, has supported the law’s changes.

The MBTA protects more than 1,000 bird species such as eagles, cranes and geese, and it prohibits pursuing, hunting, capturing, killing or possessing birds or their parts without proper permits. Misdemeanor violations can result in as many as six months in prison and fines of up to $15,000.

Environmental advocates say the pre-Trump interpretation of the law served to nudge oil companies to take preventative steps to protect birds, such as covering exposed oil pits and wastewater facilities.

In a scathing opinion, Valerie Caproni, a federal judge in New York, overturned the Trump administration’s reinterpretation of the law in August 2020.

Caproni, an Obama appointee, rejected the Jorjani opinion, writing in part, “if the Department of the Interior has its way, many Mockingbirds and other migratory birds that delight people and support ecosystems throughout the country will be killed without legal consequence”.

The Trump administration has disputed that ruling.

“This brazen effort will most certainly be in vain as the administration already found out in court that it can’t unilaterally gut the Migratory Bird Treaty Act and its obligation to protect and conserve bird,” Sarah Greenberger, senior vice president for conservation policy at the National Audubon Society, said of the announcement Tuesday.

Noah Greenwald, endangered species director at the Center for Biological Diversity, a legal and environmental advocacy group, said: “This brutal blow hits America’s birds when many populations are already plummeting, so it’s really the last thing they need.”

Bird protections have historically enjoyed bipartisan support, and five Republicans joined dozens of House Democrats in sponsoring a bill to strengthen the MBTA in the last Congress. Under that legislation, companies that kill birds in the course of their activities—what is called an ‘incidental take’—would be subject to the MBTA.

Biden’s pick to lead Interior, Rep. Deb Haaland, D-N.M., who could reshape how the department enforces the bird protection laws, including the MBTA, is a co-sponsor of the Lowenthal bill.