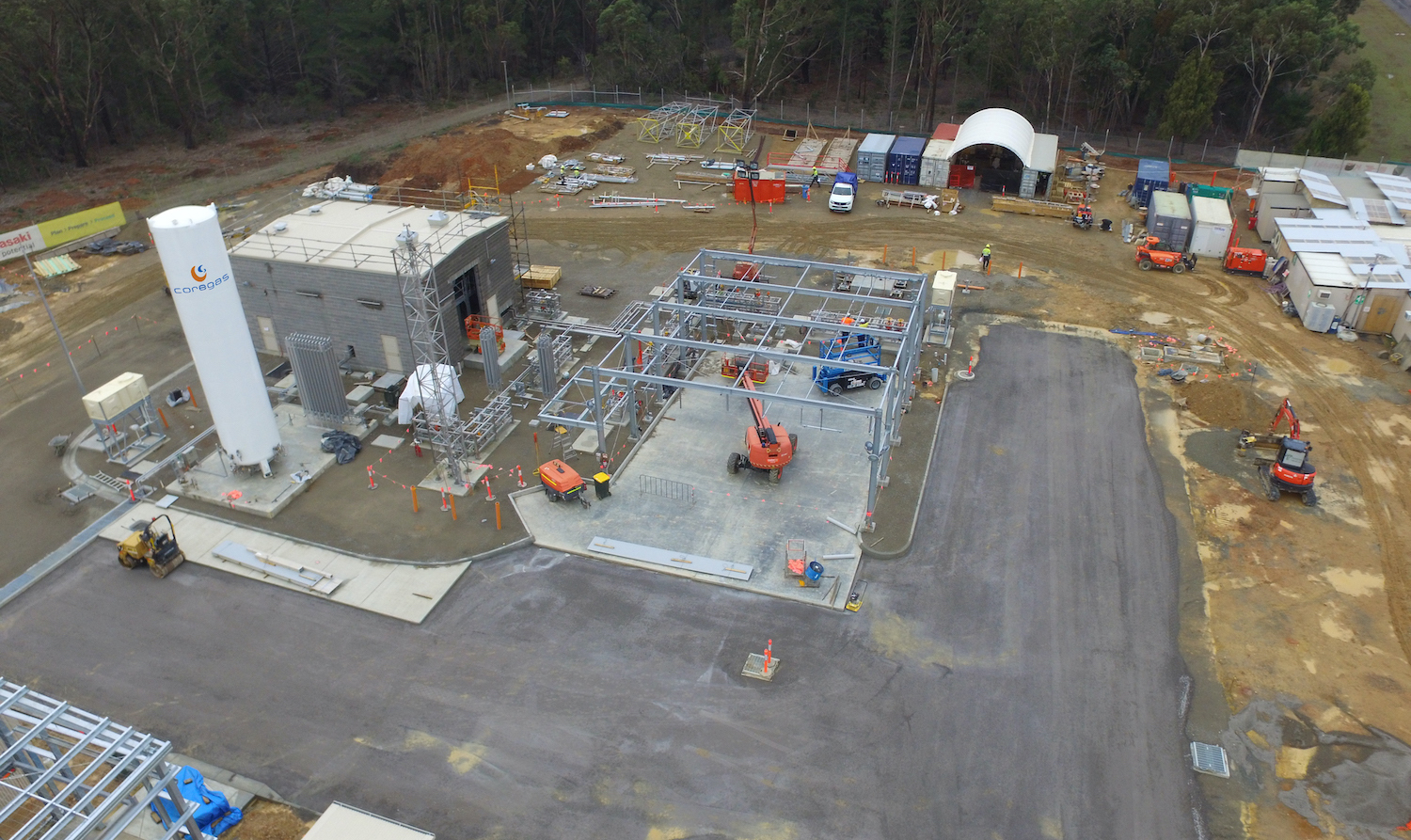 The $500 million liquefied hydrogen project in Victoria, Australia is expected to be operational in the winter of 2020 and has included building a hydrogen gasification plant and a liquefaction and loading facility.

Known as the Hydrogen Energy Supply Chain (HESC), the Pilot Project is the world’s first to liquefy and transport mass quantities of hydrogen across open waters. It is considered an exciting step forward in the fast-growing hydrogen energy industry, which is likely to be worth US$2.5 trillion by 2050[i].

The gasification plant is located at Loy Yang in the LaTrobe Valley which is where hydrogen will be produced from Syngas, formed by reacting brown coal with oxygen under high pressure and temperature. The output of high purity gas will then be compressed and transported to a new hydrogen liquefaction and loading terminal at the Port of Hastings.

Here, the hydrogen gas will be liquefied by a process that cryogenically cools it to –253°C and then converts it to a liquid with 1/800th of its gaseous volume at low pressure for safe and more efficient transportation over long distances and more specifically the sea.

The project also includes a state-of-the-art liquefaction and loading facility in nearby Port of Hastings. Pre-commissioning for the Hastings facility will be commenced soon.

Coregas has been involved from the FEED (Front End Engineering Design) through to the construction and soon to be commenced commissioning and demonstration phase of the project.

Manager Tonnage and Engineering at Coregas, Chris Day, said while it’s common for space rockets to use liquefied hydrogen as a fuel, liquid hydrogen has never been transported by ship.

“This is the cutting edge technology and the most exciting part about this project,” Chris explains.

The first shipment is expected to enable the safe transport of liquefied hydrogen in large quantities to Japan in a specially designed ship, the Suiso Frontier.

“The unique tank on board the ship will need to be operational and able to withstand temperatures at minus 253 degrees centigrade to transport the gas safely,” Chris says. “It will be a big day when the ship arrives in Australia.”

Today, Japan imports 94 per cent of its energy as fossil fuels. Due to its limited land and natural gas resources, it is fast tracking the pursuit of an economically, environmentally friendly alternative fuel source.

Coregas Innovation Manager, Wodek Jakubik, says the country is moving away from nuclear and coal energy and is investing heavily in clean energy options.

“It’s part of the country’s long-term strategy to produce green energy by 2040 for its economic, industrial and transportation needs,” says Wodek.

“We are all keen to see the results of this pilot, which has the potential to completely change the economy, long term.”

“This is very much a long-term energy solution. As demand for hydrogen increases in Japan for their economy, there is an opportunity to develop a similar demand in Australia and the rest of the world. If successful we could become an energy hub for the region,” he says.