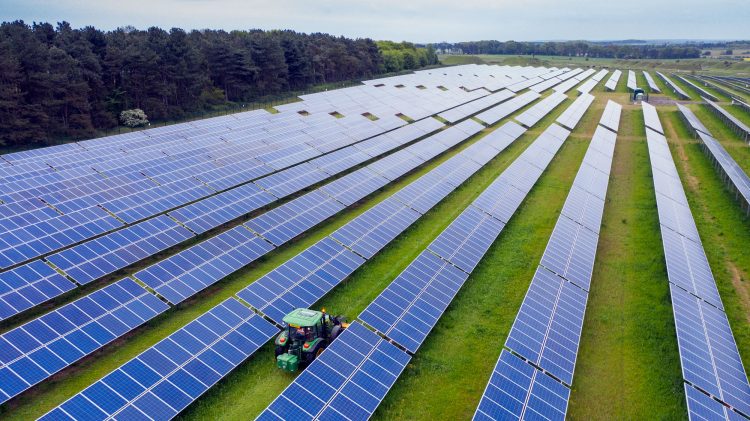 The South Creake solar farm in the UK. Image courtesy of Lightsource bp.

Adam Pegg, country manager, Lightsource bp Australia, said: “We are very excited about the planning approval of our Wellington North solar farm; this is an important step forward in our ambition to help Australia transition to a lower-carbon future.”

Lightsource bp’s Wellington North Solar Project will use 1.2 million bifacial solar panels – contributing to NSW’s ambition to increase its share of renewable energy to more than 60 per cent by 2030 while also playing a critical role in helping bp meet its net-zero ambitions.

Frédéric Baudry, president, bp Australia, and SVP, fuels & low carbon solutions, Asia Pacific, said: “This exciting development is further affirmation of bp’s strategy of growing our low carbon businesses and transitioning from an International Oil Company to an Integrated Energy Company. We are proud to be progressing strong positions in renewables and contributing to Australia’s, and bp’s, net-zero by 2050 ambitions.”

The Wellington North Solar Project is expected to create 400 local hobs during construction.

During the planning process, an information event was held to allow members of the local community to view and discuss the planned proposal, which was positively received.

Throughout the planning process, Lightsource bp also engaged with specialists to provide impact assessment and expertise in key areas, including biodiversity and Aboriginal heritage.

Lightsource bp has designed the project to protect and enhance 163 hectares of native vegetation and fauna habitat on the project site, including 232 hollow-bearing trees.

Lightsource bp, in consultation with Aboriginal stakeholders, has also designed the project to preserve Aboriginal heritage items, including two scarred trees, which provide Aboriginal people with an important link to their culture and their past.

The items located within the development site will be salvaged and collected prior to construction commencing and relocated to a suitable location on the project site.

Lightsource bp will also further its partnership with the Clontarf Foundation, through increasing its contribution to their local academy in Wellington, which aims to improve the education and employment prospects of young Aboriginal men through its activities.