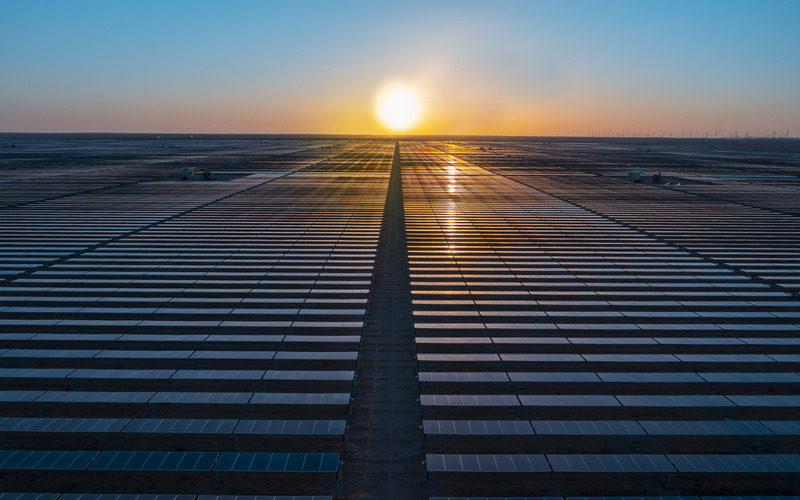 The inauguration of Sakaka PV IPP marks a historic moment in the Kingdom’s energy transition as a cornerstone for future renewable energy projects. Image courtesy of ACWA Power.

ACWA Power has announced the official inauguration of the 300 megawatt (MW) Sakaka PV IPP, the first utility-scale renewable energy project in the Kingdom of Saudi Arabia, at an investment value of 1.2 billion Saudi riyals.

The Public Investment Fund currently has 50 per cent ownership of ACWA Power, which spans 13 countries around the world. 97 per cent of the operating team are Saudis and 90 per cent of the workforce is from the Al Jouf region.

The inauguration of Sakaka PV IPP marks a pivotal moment in the continued energy diversification and development plans of Saudi Arabia. The project was awarded to an ACWA Power led consortium at a world record tariff, at the time, of 8.781 halalas/kWh in 2018, which has paved the way for subsequent projects of the National Renewable Energy Program (NREP) to lower the cost of clean solar electricity in the Kingdom.

ACWA Power Chairman, Mohammad Abunayyan, said he is delighted to partake in the phenomenal achievement of inaugurating the first renewable energy plant in the Kingdom.

“We are proud to extend our market leadership, contributing to the mission to achieve the goals of Vision 2030 and the requirements of the NREP launched in the Kingdo.”

The NREP is an initiative under Vision 2030 and the King Salman Renewable Energy Initiative and sets out a road map to diversify local energy sources, stimulate economic development and provide sustainable economic stability to the Kingdom.