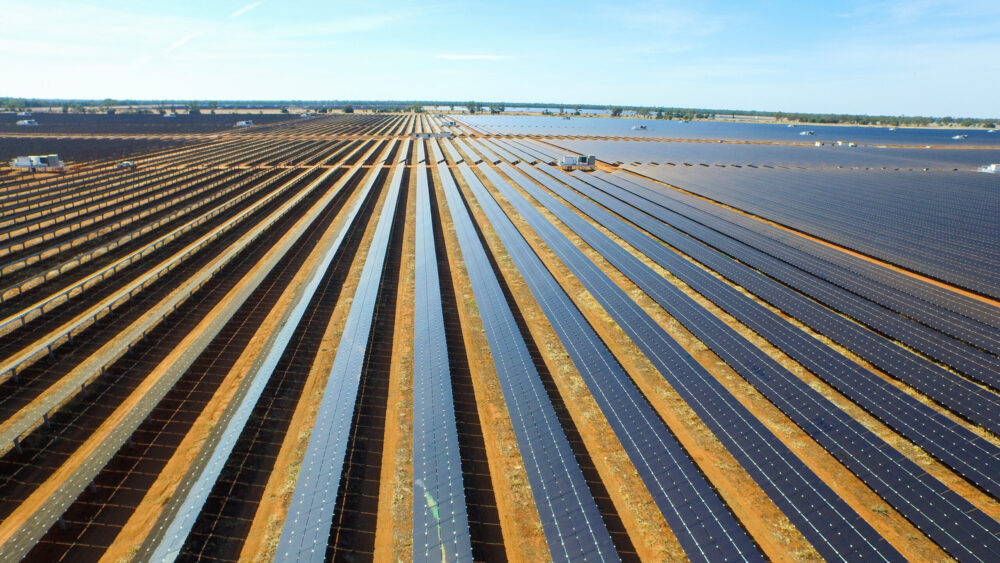 
Powering Australia Renewables (PowAR) will cement its position as the largest owner and operator of wind and solar generation in Australia and a leader in Australia’s accelerating transition to clean energy after reaching an agreement to acquire the Australian assets of Tilt Renewables Ltd (Tilt).

PowAR – a partnership between QIC, the Future Fund and AGL Energy Ltd – today announced that it has joined with Mercury NZ Limited (together the Consortium) to enter a Scheme Implementation Agreement (SIA or Scheme) to acquire all the outstanding shares not already owned in Tilt.

PowAR Chairman, Cheryl Bart, said that this exciting transaction is ‘absolutely aligned’ to their mission of leading the transition to a decarbonised, decentralised and digitised energy system – one that will deliver all Australians clean, reliable and affordable power.

Mercury Chief Executive, Vince Hawksworth, acknowledged Tilt’s successful renewable energy generation development program in New Zealand and Australia, which he said was a reflection of great work by the management and team at Tilt over the past five years.

Tilt is an experienced developer and operator of renewable generation assets across Australia and New Zealand, with total operating capacity of 836 megawatts (MW) across seven wind farms in operation and a two further wind Page 2 of 3 farms in commissioning.

The company has a development pipeline of more than 5,000 MW [1] capacity across various technologies, including wind, solar and battery storage and peaking capacity.

The proposed transaction, when completed, will reinforce PowAR’s standing as Australia’s largest owner and operator of renewable energy, with installed capacity of 1,313MW across seven operating wind and solar farms, with a further two wind farms in the final stages of commissioning.

QIC Head of Global Infrastructure, Ross Israel, commented that this acquisition is another demonstration of QIC’s deep energy sector capability and their origination driven by sector centric, thematic-based investment strategy.

“Through PowAR, we look forward to leveraging our experience in the energy sector and sustainable infrastructure, and working closely with our partners, to drive the growth of this high-quality renewable energy platform through its significant development pipeline and portfolio of existing assets,” Mr Israel said.

The Future Fund’s Head of Unlisted Infrastructure and Timberland, James Fraser-Smith, said: “Building on the success of PowAR, the acquisition of Tilt provides the Future Fund with increased exposure to a secular theme that is consistent with our long-term investment horizon.”

“We are very pleased to be able to invest at scale in a high-quality Australian renewable energy platform and look forward to supporting the build out of Tilt’s significant development pipeline.”

AGL CEO and Managing Director, Brett Redman, added: “This is an exciting opportunity for PowAR to further extend its leadership in renewable energy generation. For AGL, participating in this acquisition aligns with our climate commitments and builds on our legacy as Australia’s largest private investor in renewable energy, and largest commercial solar provider.”

The Proposed Transaction will be implemented by way of a Scheme of Arrangement in accordance with the New Zealand Companies Act.

Under the Scheme, on the Implementation Date, the shares in Tilt’s New Zealand subsidiaries will be acquired by Mercury NZ at a price reflecting an enterprise valuation of NZ$770 million, subject to completion adjustments.

PowAR would then acquire all the shares in Tilt at the Offer Price, assuming ownership of Tilt’s Australian subsidiaries.

The Consortium believes its Offer Price of NZ$7.80 per share in cash represents compelling value for all Tilt shareholders by providing certainty for shareholders and reflecting a material premium to Tilt’s recent trading levels.

The non-conflicted directors of Tilt have recommended shareholders vote in favour of the Scheme subject to an Independent Adviser’s report concluding that the offer price is within or above its value range for Tilt shares in the absence of a superior offer.

The Scheme requires the approval of 75 per cent or more of the votes cast by shareholders and more than 50 per cent of the total number of Tilt shares on issue.

The Scheme is also subject to customary conditions, including the receipt of all shareholder and regulatory approvals including the Foreign Investment Review Board, Overseas Investment Office, the Takeovers Panel and the New Zealand High Court.

The Consortium is confident that the structure of the proposed transaction and the credentials of the Consortium partners will support a successful regulatory approval process within allocated timeframes.

The proposed transaction is fully funded, with PowAR financing the transaction through a combination of equity from Consortium members and new bank debt.

BofA Securities and Jarden acted as financial advisors, and Gilbert + Tobin and Harmos Horton Lusk as legal advisors to PowAR.

PowAR was established in 2016 as a partnership between AGL Energy, QIC on behalf of its managed clients QGIF and the Future Fund. PowAR is the largest owner of wind and solar generation in Australia – and the biggest renewable energy generator after Snowy Hydro – and has developed, owns and operates more than 800MW of renewable generation capacity.

PowAR’s objective is to be a leading investor in, and owner of, large-scale renewable generation in Australia and, in doing so, to support Australia’s transition to a clean energy economy.

Mercury, together with its subsidiaries, is an electricity generator and energy retailer in New Zealand.

Mercury’s electricity generation is 100 per cent renewable, with its nine hydro and five geothermal stations averaging around 6,800GWh a year.

At Turitea on the North Island, Mercury is also building what is expected to be New Zealand’s largest wind farm once commissioned.

As a retailer of electricity and gas, Mercury currently services the energy needs of residential, commercial and industrial customers.

Mercury is listed on the NZX, with The Crown holding a minimum 51 per cent shareholding as required by the Public Finance Act 1989, and is listed with foreign exempt listed company status on ASX.

NZX- and ASX-listed Tilt Renewables is a highly experienced developer and operator of renewable generation assets across Australia and New Zealand.

The company also has a development pipeline of more than 5,000 MW capacity across various technologies.