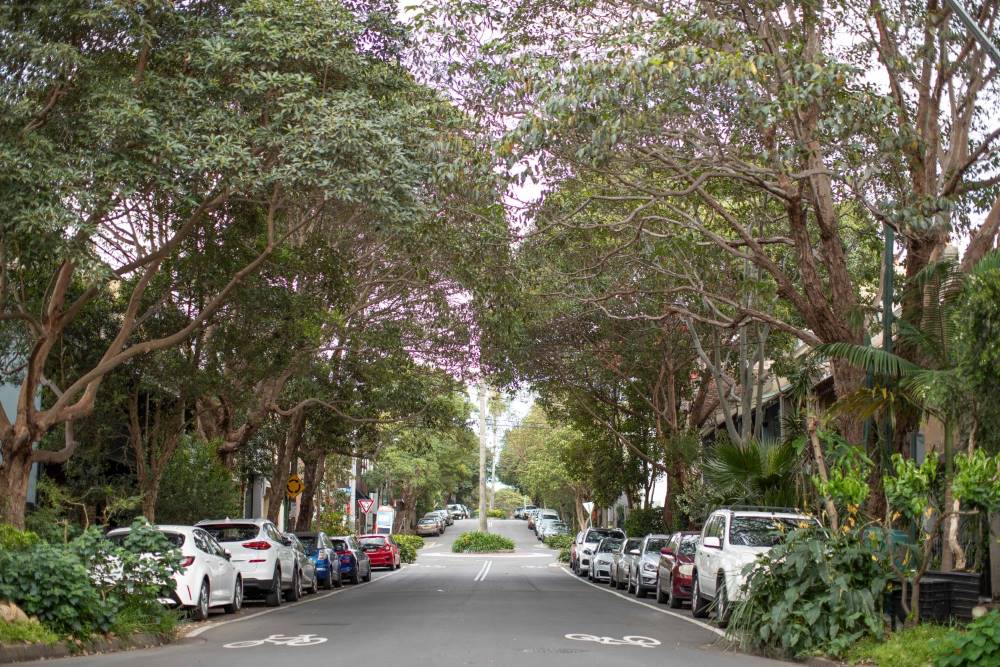 
Under a new plan released today, the City of Sydney will become more green by planting 700 new street trees each year, aiming to cover 40 per cent of the city in greenery by 2050.

Greening Sydney 2030 sets the directions, targets and actions for all aspects of greening, including ambitious canopy targets and innovative plans to increase green roofs and walls and streetscape gardening.

Lord Mayor of Sydney, Clover Moore, said the plan builds on the achievements of the City’s first greening strategy, Greening Sydney 2012, which made the City one of the only Councils in the country to increase its canopy cover over the past decade.

“We’re in the middle of a climate crisis and we are already experiencing its impacts. Dangerous heatwaves are arriving earlier, are hotter and last longer. Our city must adapt to the changing climate and increase its resilience to the likely impacts,” the Lord Mayor said.

“Trees and other urban greenery are as essential as roads and broadband internet. Effective and extensive canopy cover can reduce temperatures on the ground by up to 10 degrees.”

“We have developed this strategy to re-affirm and extend our commitment to providing a greener, cooler, calmer and more resilient City. We have set ambitious targets and will work to ensure 40 per cent of the City’s footprint is covered with greenery by 2050,” she noted.

“We will plant more trees, plants and shrubbery, and we will make sure they are species that are hardy and resilient to our changing climate.”

“We will use innovation and design to create more green roofs and walls, and we will push ourselves harder to find creative ways to green our network of largely concrete laneways and narrow streets.”

The Lord Mayor said over the past 10 years, the City of Sydney has been one of the few Councils in Australia to increase its canopy cover.

“To take those gains even further, we will create planning instruments to ensure greater provision of greenery in private development, and we will prioritise efforts in areas of the City that need it most,” she said.

“Trees remove thousands of tonnes of pollution from our air, store carbon and help mitigate extreme weather, while also relieving stress, depression and anxiety. It is critical that we value everything our broad urban forest and greenery can do for us, and invest heavily in it.”

The City of Sydney has a proposed budget of $377 million on greening, including the development and renewal of existing parks and open spaces, across the city over the next 10 years. The targets are:

To achieve these targets, Greening Sydney 2030 sets out 20 priority actions, including:

Green laneways, roofs and walls: Across the city, there is 38.3 hectares of narrow streets classified as laneways. Laneways are often under used and unappreciated. The City of Sydney will review the various design and usage issues to identify laneway greening projects or programs that are most easily provided. And it will gradually amend the City’s planning controls to increase the adoption and use of green roofs in new developments, and retrofitted onto existing buildings where possible.

Green Factor Score: A Green Factor Score is a planning tool that evaluates and quantifies the amount and quality of urban greening a project provides. All projects will need to achieve a required score, based on the type of development, location and other site considerations. The City of Sydney will embed the Green Factor Score into updated planning controls, including the Development Control Plan to ensure greening is planned for and provided on private land.

Greening Sydney Fund: The City will continue to regard tree removal as a last resort. However, when the removal of a Council-owned tree is deemed necessary, the City will examine ways to ensure it’s compensated. Compensation would go into a Greening Sydney Fund, used specifically to improve greening outcomes on private land. This may include programs such as matching grants programs for residents and landowners to undertake new tree planting, or installing green roofs, green walls and façades.

Indigenous ecological knowledge: The City will work with the local Aboriginal community to identify cultural and practical principles that should be considered when designing new spaces, or that can help integrate people with nature.

Community participation: The City will continue to encourage participation in greening activities. This includes supporting education programs on the importance of greening the urban environment and citizen science programs, along with championing community gardens, the Sydney City Farm, bushcare and landcare groups, and footpath gardening projects.

Equitable access: It is vital that greening is distributed fairly across the local government area so that everyone shares the benefits provided by greening. Research outlines 30 per cent canopy cover, within an area of around 1.6 kilometres, provides key heat and health benefits. Analysis of each individual site in the City (street, park and property) has been undertaken to confirm the extent of greening and canopy cover distribution. This data-driven research will be used to ensure the City of Sydney prioritises fair access to greenery and invests in areas that need it the most. 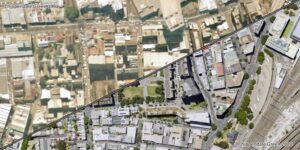 The Lord Mayor said responding to climate change and greening the City has been a priority since the City prepared its long-term strategic plan, Sustainable Sydney 2030, in 2008.

“We have worked consistently over the past decade and a half to green the city for the benefit of all residents and visitors and to maximise health, environment, economic and social outcomes,” she commented.

“We’ve invested $375 million in the development and renewal of parks as well as planting trees and greenery across the LGA, including the award-winning transformation of Sydney Park from a former landfill site to an inner-city oasis and wetlands.”

“And, we’ve transformed 24 hectares of built land into public open space managed by the City – more than 13 per cent of the open space we are responsible for.”

“While many global cities continue to oversee an erosion of canopy cover and subsequent rise in heat loads, we’ve remained focused on delivering the amenities that our community wants and benefits from at every level.”

“The City is one of only a few councils in Australia that has consistently and actively worked to increase canopy cover, and the only capital city to do so. Greening Sydney 2030 allows us to build on this progress and provides the next important chapter in the City’s green story.”

The strategy was developed in line with research into population health and environmental data science conducted by University of Wollongong Professor, Thomas Astell-Burt.

“Residents tend to be happier, healthier and more social when there’s more green space in the community, with potentially large economic benefits too,” Professor Astell-Burt said.

“The case for greening goes well beyond aesthetics. With our work in Australia, and others around the world reporting reduced risks of diabetes, dementia, and distress, this means street trees, gardens, parks and other natural settings are a key part of a city’s essential public health infrastructure.”

“For example, our new study found 56 per cent of Sydney residents felt solace and respite in green spaces during the COVID-19 pandemic last year, while 34 per cent indicated they visit green spaces for exercise more now than before the pandemic,” he shared.

“We know people tend to socialise, dine and linger longer in green environments, which means there are benefits to a city’s economy from these transformations.”

If endorsed by Council this month, the draft strategy will go on public exhibition from 19 April – 24 May. For a copy of the Greening Sydney Strategy 2030 visit here.