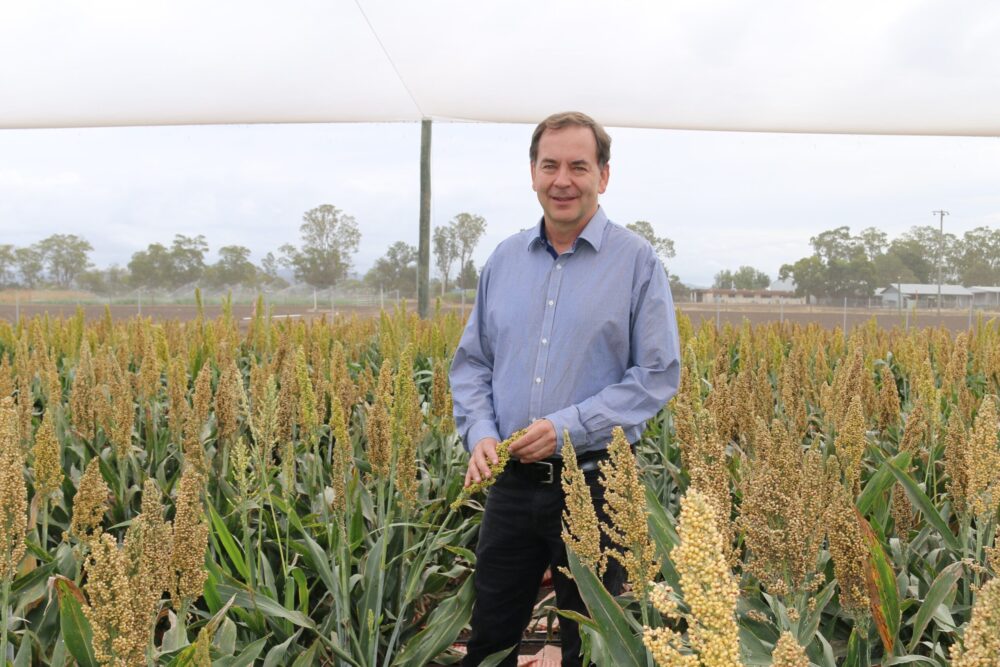 
After decades of study, University of Queensland (UQ) researchers have identified a genetic solution to the problem of sorghum lodging and falling down, which affects 10 per cent of sorghum crops each year.

Professor David Jordan from UQ’s Queensland Alliance for Agriculture and Food Innovation (QAAFI) explained that lodging was when the stems of plants carrying high grain yields were weakened by the loss of water.

“Losing a bumper grain crop because plants fall over is heartbreaking for growers and undermines efforts to increase production to improve food security,” Professor Jordan said.

Working with the Department of Agriculture and Fisheries at the Hermitage Research Facility in Warwick, Professor Jordan found that lodging occurs whenever water scarcity halted photosynthesis.

“This forces the plants to rely on carbohydrates stored in the stems,” he shared.

“The metabolic shift ultimately weakens the stems, culminating in their death, while pathogens can invade and further weaken stems, causing them to break.”

He found that the differences in air pressure recorded on the Southern Oscillation Index explained 29 per cent of the season variation in lodging frequency.

“Our data also found that despite substantial breeding efforts and turnover of commercial cultivars, the level of resistance to lodging does not appear to have improved,” Professor Jordan commented.

The research team, which also includes Dr Emma Mace who works for QAAFI and the Department of Agriculture and Fisheries and Professor Graeme Hammer, found that traits used to drive up yields also introduced a susceptibility to lodging.

An example is plant height, which is essential to achieving higher yields but also raises the risk of lodging-inducing stem failure.

“The higher the yield potential of a sorghum hybrid, the more likely it is to suffer from lodging, creating a challenge for breeders trying to improve both traits,” Professor Jordan said.

To meet this challenge, the scientists undertook one of the world’s largest genome-wide association studies in sorghum.

According to Professor Jordan, the study looked at 2308 unique hybrids grown in 17 Australian sorghum trials over three years.

“A genome-wide view of the genetics is important as it means we can search the network of lodging-associated genes for those pathways we can target for improvement without sacrificing yield potential,” he said.

The research team found one way to increase stem strength would be to alter the composition of the molecules used by the plant to assemble the supportive cell wall.

The team is now poised to translate these insights into targeted breeding strategies to directly benefit the Australian sorghum industry.

Stay-green genes are now recognised to have introduced a level of resistance to lodging by delaying photosynthesis shutdown and stem death in response to water scarcity.

“We are at the point where we have come as far as we can with the stay-green mechanism for reducing the incidence of lodging,” Professor Jordan said.

The sorghum core pre-breeding project was funded by the Department of Agriculture and Fisheries (DAF) Queensland, Grains Research and Development Corporation (GRDC) and UQ.

Xuemin Wang is financially supported by an Australian Government Research Training Program Scholarship and a Centennial Scholarship from UQ.

The research was published in Theoretical and Applied Genetics.

Council powers up with renewable energy